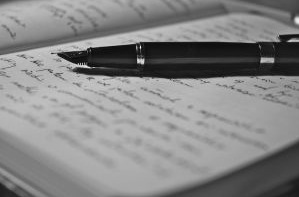 Â Generally you hear many words of criticisms about politics and law either on television or the Internet, but rarely do such remarks ever withstand the test of time. Mostly, they are simply passing statements that will be forgotten when the next â??hotâ? topic takes the limelight.

But on occasion, certain statements strike deep to the bone, and leave such a lasting scar, that the words are remembered well beyond the life of the author. These note worthy quotes, if understood within their context, often not only remark upon some person, but touch on serious issues of the time. They also often relate closely to serious issues that we deal with today.

So when trying to shape our future, itâ??s important to understand our past. And there is no better way to find the honest truth about history than to read the various criticisms of the time. Because the victors often write history, while everything else is swept off to the side and forgotten save by those who were in opposition to begin with. So without further ado, letâ??s hear from those who were critical of their time, so perhaps we can better understand our present political climates.

Those who are too smart to engage in politics are punished by being governed by those who are dumber.

The leaders of the Democratic Party have gone so far left, theyâ??ve left the country.

A conservative is a liberal who got mugged the night before.

The most successful politician is he who says what everybody is thinking most often and in the loudest voice.

A politician should have three hats. One for throwing in the ring, one for talking through, and one for pulling rabbits out of if elected.

Government is an association of men who do violence to the rest of us.

Ninety-eight percent of the adults in this country are decent, hard-working, honest Americans. Itâ??s the other lousy two percent that get all the publicity. But thenâ?¦ we elected them.

My Choice early in life was either to be a piano player in a whorehouse or a politician. And to tell the truth, thereâ??s hardly any difference.

All the president is, is a glorified public relations man who spends his time flattering, kissing, and kicking people to get them to do what they are supposed to do anyway.

Politics is the art of preventing people from busying themselves with what is their own business.

Politicians have every attribute of a dog except loyalty.

He is distrustful, obstinate, excessively vain, and takes no counsel from anyone.

All hat and no cattle.

Sometimes when I look at all my children, I say to myself, â??Lillian, you should have stayed a virgin.â?

If youâ??re in the peanut business, you learn to think small.

Carter is the best President the Soviet Union ever had.

The Prince of Sleaze.

I have never seen so slippery, so disgusting a candidate.

Calvin Coolidgeâ??s perpetual expression was of smelling something burning on the stove.

If I talk over peopleâ??s heads, Ike must talk under their feet.

As an intellectual, he bestowed upon the games of golf and bridge all the enthusiasm and perseverance that he withheld from his books and ideas.

Nixon impeached himself. He gave us Ford as his revenge.

He looks like the guy in the science fiction movie who is first to see â??the creature.â?

In the Bob Hope Golf Classic, the participation of President Gerald Ford was more than enough to remind you that the nuclear button was at one stage at the disposal of a man who might have either pressed it by mistake or else pressed it deliberately in order to obtain room service.

Such a little man could not have made so big a depression.

If you put a rose in Hooverâ??s hand it would melt.

A private meeting with Hoover is like sitting in a both of ink.

Jeffersonian Democracy simply meant the possession of the federal government by the agrarian masses led by an aristocracy of slave-owing planters.

A sterile worshipper of the people.

The author of this article was Damien S. Wilhelmi. If you enjoyed this piece you can follow me on Twitter @FacePalmLaw. The laws a tricky thing, and if you have been hurt in an auto accident, itâ??s advised that you seek out the best Colorado Truck Accident Lawyers you possible can.