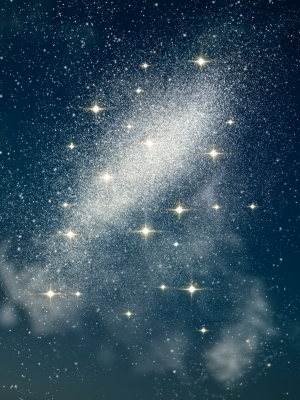 So why do I find other people’s sureness about us being the only life in the universe amusing? Because it’s nearly mathematically impossible for there not to be life on other planets out there in the universe.

For a planet to sustain life, at least as we know it, there needs to be a liquid and sunlight, such as water is here on Earth. Then you have a real possibility for life to exist. Organisms adapt to the conditions of the planet. Therefore, creatures on Earth from single-celled organisms right up to the complex life forms we see today make use of the gases and conditions to provide a roadmap for evolution. Oxygen may be breathable and healthy to us humans, as we’ve adapted to make use of oxygen, but to an alien life form that is unfamiliar to oxygen it may be seen as a poison. Poisonous gases and substances that we label as ‘poisonous’ are just chemicals that we have not adapted to over our evolution period. As with some animals who are able to eat certain foods that are seen as poisonous to other animals. If I eat chocolate it is nourishing. If I feed chocolate or dairy products to my dog he will become unwell in time.

Therefore, when people make the assumption that an alien would have to breathe oxygen and drink water with steak and eggs in order to survive, this would be extremely shortsighted as it would almost surely adapt to its own environment. Maybe even breathe a different gas and eat very different foods.

So, what are the odds of there not even being life on one of the planets near the 400 billion stars in our galaxy alone? Pretty slim. On a universal scale it’s almost laughably impossible for there not to be. There would have to be a controlling force to overcome these odds, such as a God for example that has decided to make it possible for only Earth to sustain life whilst keeping the other trillions of stars just as a kind of decoration.

Why do a lot of people, even when presented with these overwhelming odds still shake their heads and dismiss the possibility of alien life forms existing? Well, they usually have been conditioned by the media and associate aliens with popular movies, UFOs and imagined aliens that like to touch down in farmers’ fields in the Spring, conveniently next to roadways sporting ray guns and speaking fluent English.

The fact is that I doubt they will be aliens armed with blast weapons and laser beams. They may be bacterial organisms, tubular worms or other non-impressive life forms, or even more advanced than us.

“So why can’t we see them?” some people may ask.

We are separated with unimaginable distances from exploring other star systems. It takes 100.000 years for light to travel at light speed from one end of the Milky Way galaxy to the other end. So even if we invented an unmaned spaceship that could travel at the speed of light it would take around 15 generations of humans down the line before we’d even get results – Â and that would be travelling in a non-stop straight line, with no deviations to fly to planets near suns.

Just so that we have a round about idea of what a light year is, it takes light 1 second to circle the Earth 6.5 times!

I can’t, of course, possibly know for sure if there are lifeforms on other planets, but if I had to bet my life savings, I’d certainly bet on “yes” instead of “no.” Â There are likely to be thousands of planets with life forms on just looking at the math, with millions of different species.The odds are in my favour, but there is no visible proof attainable. We may not be alone, but we’re alone in the fact that the distance is too vast for us to ever make contact with technology as we know it today.