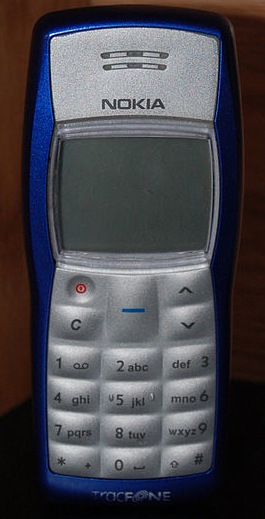 The mobile phone market has changed over recent years.Â  It used to be the case that a phone was for talking and receiving voicemails.Â  Nowadays, we spend more time browsing the Internet, sending e-mails, and streaming movies than we do talking on our phones.Â  Few people couldâ??ve predicted the dramatic shift in the industry when you looked at it 10 years ago.

The iPhone has been an incredibly popular series of phones.Â  The iPhone 5 sold 5 million phones in three days.Â  In a quarter, they sold almost 50 million handsets.Â  These numbers are phenomenal, especially considering the massive price of the phone.

The Apple brand sure has captivated the public and the iPhone has become the go to smartphone for a significant portion of the consumer market.

The most phone sales ever

That iPhone 5 has a long way to go to match the biggest phone seller ever.Â  The Nokia 1100 has sold over 300 million handsets worldwide.Â  Thatâ??s one for just about everybody in America.

These phones are very basic but provide excellent features including a camera and radio.Â  They are the type of phone thatâ??s perfectly suited to the developing world, as well as the developed world.

Smartphones and the World Markets

With mobile phone markets becoming more developed, smartphones are coming to the fore.Â  In 2012, 45% of all phones sold were smartphone.Â  Considering the biggest mobile phone consumers in the world itâ??s not hard to see how basic phones and feature phones are still thriving.

China is the biggest market in the world; the market HTC is looking to top very soon with their budget smartphone.Â  Even Nigera in the top 10, with 100 million handsets sold per year.Â  MTNâ??s marketing department said that Nigeria was the fastest growing mobile market ever when penetration began.Â  There is a tendency to think in terms of the UK when we think about mobile phones, but the UK doesnâ??t even come in the top 10 markets in the world.

Itâ??s interesting that HTC are focusing their efforts towards China.Â  China is a relatively untapped smartphone market where HTC may be able to gain first movers advantage.Â  With such a huge base of consumers, the company that wins significant share in China will have huge profits and a superb platform to attack the rest of the world.

Only time will tell whether the iPhone 5 or any other handset has a chance of beating the Nokia 1100 and gaining the mantle of most popular mobile phone in the world.Â  However, these days, things change so quickly.Â  Phones only last 6 months or so before they are upgraded and â??outdatedâ?.

The Samsung Galaxy S3 has been a tremendous phone that has been extremely popular and sold millions.Â  March weâ??ll see the S4 released and the S3 will gradually go out of fashion.Â  The nature of the market means weâ??re unlikely to see another handset sell 300 million and so Nokia will at least retain that number 1 slot, probably forever.Â  Theyâ??re certainly no longer number one vendor by volume in the world, that mantle has been snatched from them by Samsung.

Phil Turner has switched phone networks a lot over the past few years and getting the PAC number he needed to use his phone on a different network was always a piece of cake.