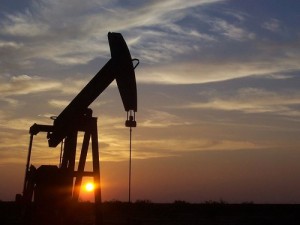 Itâ??s a question on the mind of many people these days. The exact amount of the worldâ??s oil reserves is a point debated by many energy companies, geoscientists, engineers, and industry analysts. Alarmists will claim that we only have so much time until the oil reserves run dry, while optimists will reassure us that we have oil reserves sufficient to last for decades yet. This subject is further complicated when countries express a desire to make themselves completely dependent on their own oil reserves, as is the case with the U.S. and many oil-rich nations in the Middle East.

One thing is for certain: one day the worldâ??s oil supply will run out. Oil is by definition a non-renewable resource, meaning that there is a finite amount of it to be extracted and processed. Itâ??s an undeniable fact that we live in a society with technologies and entire industries built around oil, and thatâ??s something that needs to change if we want to continue into the future as a prosperous world. We need to figure out what alternative energy sources we can rely on, and how we can restructure the way we depend on oil.

So Iâ??ll ask the question at the top of this article: what happens when oil supplies run out?

Hopefully the worldâ??s most powerful nations will change their tune about viable renewable energy plans for the future. The U.S. in particular has been very slow to address any significant change in its energy policy, which has been all but oil-centric for over a hundred years. There are so many alternative fuel resources to consider: wind energy, hydroelectricity, solar energy, and geothermal energy are just a few of the more promising options. Whenever the worldâ??s oil supply runs out, itâ??s absolutely imperative that nations all over the world have made significant investments in such alternative energy sources. If we donâ??t start investing in them soon, then the world might be terribly unprepared for whenever they deplete the oil supply.

Electric cars have only begun to enter the car market in full force, and theyâ??re already proving to be quite popular. But itâ??ll be quite some time until electric car production matches that of typical gas-powered cars. Electric cars are nice in theory, but the major producers of electric cars attach quite a hefty price tag to their models. If more people are to be expected to purchase electric cars in anticipation of the time when oil becomes obsolete, then theyâ??ll need to be introduced to the car market at a lower price point. We can only hope that electric cars will continue to become more affordable as time goes on.

We have to be prepared

Above all, we need to be prepared for the impending moment when the worldâ??s oil supply has dried up. Energy summits of the worldâ??s greatest nations have occurred to address this very subject, but no substantive change has come of them. Thereâ??s no telling what could happen if we continue to kick the can down the road and ignore the inevitable future of oil shortage. The leading nations of the world need to take a proactive stance towards this problem and acknowledge the fleeting nature of fossil fuels before itâ??s too late to do anything about it. Iâ??m not sure exactly what the correct course of action should be, but that shouldnâ??t stop the powers that be from brainstorming about a viable solution to this very serious and very real problem.

Mariana Ashley is a freelance blogger who primarily writes about how online education and technology are transforming academia. Having spent a good portion of her professional career trying to reform high schools in East St. Louis, Mariana is particularly interested in how online colleges in Missouri make higher education a possibility for students of all backgrounds on the site onlinecolleges.net. Please contact her at [email protected] if you’d like to discuss this article or education in general.