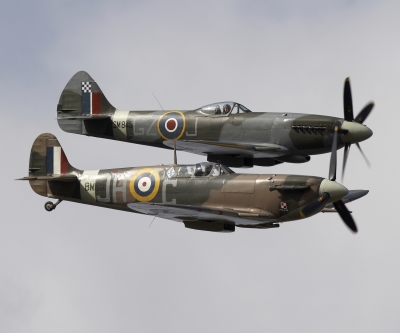 Fans of the game will no doubt be satisfied with the new version, which includes improved graphics for Mountain Lion, in addition to several new aircraft for the game. iEntertainment Network Inc, the company behind the gameâ??s development, expects the game to be a major hit with WarBirds fans, as the game offers Mac owners the chance to experience the gameâ??s potential in an entirely new way.

13 new aircraft models are available in the latest version of WarBirds, including the Hawker Sydney Typhoon. The Lancaster Bomber is also included in WarBirds 2013, which will be certain to thrill Mountain Lion players. The Mitchell B-25D â??Straferâ? attack craft is also a new addition to WarBirds 2013, allowing players to implement new strategies in their attacks in the multiplayer game. The WarBirds series allows players to use historically-accurate aircraft used by solders in World War I and World War II. The game has won over players across the globe with its diverse selection of aircraft models, and is available on both the Mac and PC. WarBirds 2013 is certain to further captivate Mac users with its appeal, unique features, and overall premise.

In addition to the new aircraft available to Mac users in WarBirds 2013, players will also find themselves able to take advantage of updated damage models on more than 50 different aircraft models in the game. Historical options within the latest version are also improved for accuracy, tank busting weapons are improved, and new fragmentation are additional features included in WarBirds 2013. Combined, all of these options should make the new product one of the most exciting games to hit the market for Mountain Lion this year.

WarBirds 2013 players will experience the same thrill of previous versions of the game, as they are thrust into battle. The game follows the real life examples of the Allied and Axis powers of the World Wars. The gameâ??s flight stimulator provides hours of game play for Mac users, with a myriad of different aircraft options to choose from, battlefield terrains, and ever-changing circumstances in the war. Players engage in battle in several different historical locales, including destinations above European countries, the Philippines, Malta, and Tunisia. The game has been heralded for its historical representation of aircraft and battlefields, with the realistic imagery and accuracy of the gameplay giving WarBirds an advantage over other games available to players. Not only is the game incredibly entertaining and satisfying to play, but it also allows computer players to learn more about the equipment and armies who fought in the World Wars that dramatically impacted the modern world. WarBirds 2013â??s release will serve to further catapult this exciting and innovative game onto the screens of millions of Mac computer game players across the face of the planet.