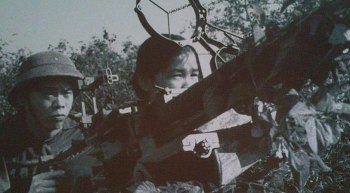 The Vietnam war is quite renowned to this day still as a dark period in US history when another nation managed to get the largest military force on Earth to flee.

It was a big accomplishment, something few would have dreamed possible in the west, yet it was done through a type of fighting that while ancient, had been unseen by the traditional fighting forces. This was the guerrilla fighting style, a technique that the North mastered, and that the South with their western allies could not compete with. This guerrilla warfare involved fighting the enemy with quick, agile hits, coming in from the forest or mountains and firing devastating salvos, before retreating just as quickly, unheard and unseen.

In order to do this however, the Vietnamese people needed ways to travel unseen in order to reach the battlefield, allow civilians to flee unharmed, and transport goods for the soldiers. The jungle offered a good cover, but they also constructed tunnels in order to be better protected from bombings. The most well known such tunnels are the Vietnam War DMZ Tunnels, known back then as the Vinh Moc. These are constructed along the North-South border, and started by being 10 meters down into the ground. They were mostly constructed by civilians, and the initial purpose was to move civilians from the village of Vinh Linh to a safer location. 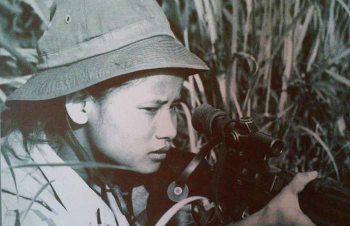 However, the Americans quickly became convinced that these villagers were supplying supplies to the enemy, and that the tunnels were used to fuel the war. As a result, they started to bomb the region, using weapons that could go up to 10 meters into the ground. As a counter measure, the tunnel builders started to go even deeper, down to 30 meters. Many different tunnels and caves were built over a large region during the period of 1966 up to 1972, and they ended up being used for a lot of different purposes, including moving civilians. The village was eventually completely moved through the tunnel systems to another location, further away from the front lines, and away from US bombing runs.

At the thick of battle, there were a total of three levels of tunnels built, and they covered a large area in the DMZ. Sophisticated ventilation shafts were built, and these tunnels among others allowed the local people to stay hidden and under the enemy radar for most of the war. In the end, the US simply could not compete with the guerrilla tactics and had to pull back at the end of the war, and while it still is not known how much these tunnels contributed, it is believed that these and others played a roll in supplying the armies that were fighting from the forest. As for the civilians who built and used these tunnels to escape the violence, it is believed that there was no casualty, either from US bombing, or getting the tunnels discovered. 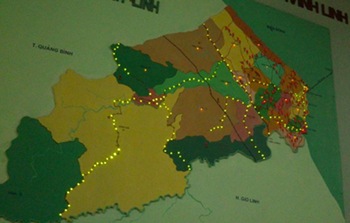 The U.S. forces were fighting communism for the most part, as they were afraid of the domino effect. The domino effect was where they assumed that if one country converted to communism, there may have been a domino effect, where other countries may have also converted to communism, threatening democratic leverage in the world. This is a pretty weak reason if you stop and think about it. I’ve had it on good authority from relatives visiting the tunnels that Vietnamese people for the most part don’t bear a grudge form this past war, although most Vietnamese will tell you that the U.S. forces had no right to be there in the first place. It is a good idea not to mention the Vietnam war if you are on holiday in Vietnam, unless you are visiting the museums. Can you imagine if a communist country carpet-bombed a democratic western countryÂ with napalm, just because they thought democracy may get out of control? Can you imagine the outcry? No wonder they fought for their country fiercely and without hesitation.

The Vinh Moc tunnels, those constructions made underground by the northern supporters of the Vietnam war, quickly became known as the DMZ war tunnels, and proved to be highly successful during the war. There were several reasons why this set of tunnels were so useful. The first reason is the craftsmanship of the constructions, which was brought in part because of how desperate people in those times were. The original goal was escaping the war, so even though most of the tunnel builders were civilians, they were highly motivated to create the tunnels. They needed to move their town to a more secure area, and they worked day and night to accomplish that goal. Another reason was how deep they made the tunnels. At first they went down to 10 meters, but eventually they came to realize that 30 meters were required to keep them out of range from US bombers. Finally, the sub-strata limestone present in Vietnam helped a lot, providing a soft materials for people to dig through. This allowed tunnels to be built fairly quickly and with no need for a support structure. 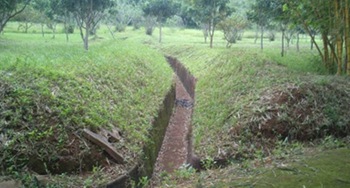 Even though the American bombers dropped over 9,000 tons of bombs between 1966 and 1972 in the DMZ area, the tunnels came out of the war in fairly good state, and to this day many remain available to be used. The tunnels had proved to be so useful during the war that no one wanted to simply leave them behind. Even after the initial town had been moved, people kept using them to stay safe until the end of the war, and from the start of construction in 1965 all the way to the end of the war, they were being used fairly regularly. At the end, we know of at least six entrances having been made on hills, and seven more near the South China Sea area. The tunnels covered a full 2,000 meters and most of them remained intact after the war.

Today these tunnels no longer serve as war bunkers or transportation paths. Instead, they are kept around for tourists to visit. There are many organized tours that can take tourists from some of the nearby arrival locations such as Hue and bring visitors to the tunnels. Going there is not that hard, and there are plane trips available to town. Then, it is simply a matter of taking the bus and riding to one of the tunnel entrances. 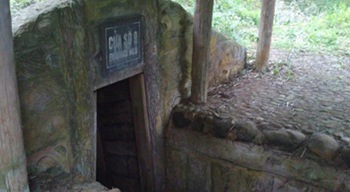 There are many local tour operators that provide these types of tours and visits. Some of them are individual tours, where you can go to a single tunnel to check out the entrance, but there are also full day long trips which allow you to go through the tunnels and come out on the other side. The tunnels are surprisingly comfortable to go through, especially compared with some of the other tunnels found in Cu Chi. This has become a highly profitable economy of the local people of these towns, as they bring western tourists through tunnels that saved their ancestors from western bombs.

Written by Dendory (with additions from Kevin Baker).

Images courtesy of Helen and Andy