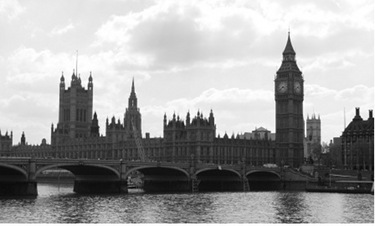 It’s never going to be hard to deny that London has more than its fair share of historical and cultural attractions, and that they are among the best in the world.

When it comes to museums however, there are many claims of being the best. The thing about London’s top museums is that there isn’t really any question about their sheer attraction and quality – whether they are the world’s best or not, they are certainly up there in the mix. The city is wealthy in museums from the classic to the unusual but here are our top five picks.

1. The British Museum
If you’re in London with limited time, the British Museum in Bloomsbury has to be your pick. The imposing building built in the classic style with a colonnaded front belies that inside it is indeed state of the art and holds exhibits dedicated to history and culture, not only of Britain, but from the world. Delve back into antiquity to ancient civilisations or sit with a reference book in the utterly gorgeous reading room. The vast collection of world art and artefacts is even more attractive when you know entrance to this world of wonder is free.

2. The Victoria and Albert Museum
If the British Museum showcases the history and development of mankind, the V&A tells the story of how man has changed the world around him or adapted it to mankind’s needs. The glorious building in South Kensington focuses on art and design and exhibits everything from abacuses to zebra print shoes. There’s a staggering 4.5 million objects spanning 5,000 years of man’s ingenuity and eye for pattern, colour, shape and form.

3. The Natural History Museum
Staying in the museum corner of South Kensington, London’s Natural History Museum is a fine example of Victorian architecture, and the inside opens out into the massive halls and rooms given over to every form of life on Planet Earth, from the very bottom of the ocean to the skies above. Huge collections of everything creepy crawly will enthral you in the Bug Room, whilst everyone is always overawed by the sheer size of the Tyrannosaurus Rex in the Dinosaur Hall, even if it is in reality just a collection of old bones.

4. The Imperial War Museum
Probably not top of your list if you are enjoying one of the many excellent guided tours of Europe, unless you are including some battlefield visits, but the Imperial War Museum deserves its billing as one of the top museums in London. Originally designed to commemorate and tell the story of the First World War, the remit soon expanded to include every conflict Britain has ever been involved in. Given that the British Empire once covered a quarter of the world’s land and one fifth of the world’s population, there has been more than a few skirmishes along the way. The Museum catalogues conflict from every angle from the horror to the heroics, the sad and the uplifting.

5. Horniman’s Museum
Located in Forest Hill, a little away from the main tourist action, the Horniman Museum is fast rising up to join the ranks of the best museums in London. It is more intimate that the central and major museums, and while those can sometimes overwhelm with the sheer size of the building and the quantity of exhibits, the Horniman is far more navigable and accessible to packing in a load of interesting things in a day’s visit. One of its highlights is its collection of musical instruments and the aquarium is also rather fascinating. The pretty gardens make for a pleasant sojourn on a sunny day

TravAddict offers thousands of tours to Europe for budget travelers