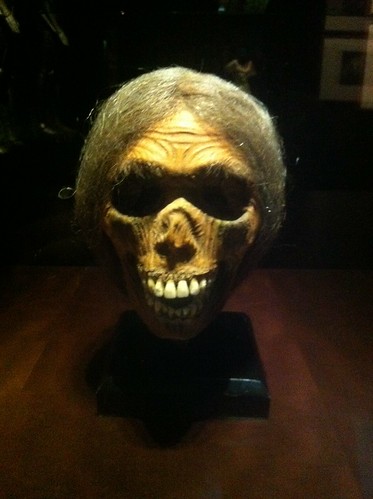 A psychological thriller often has an intellectual slant, featuring characters that are complex meditations on the nature of good, evil and the shades in between. In this genre, there are certainly some villains that stand out.

Silence of the Lambs: Hannibal Lecter

The conflict presented Silence of the Lambs involved a serial killer who was preying on young women, but few critics doubt that the real power of this movie lay in the struggle between the inexperienced FBI agent Clarice Starling and the imprisoned serial killer Hannibal Lecter. Even in a special glass cell and unable to reach her, Lecter guided, instructed, toyed with and eventually enlightened Starling, proving that the villains in psychological thrillers do not need to touch their victims to be incredibly threatening and disturbing.

In Primal Fear, an amoral lawyer named Martin Vail takes on the defense of a seemingly angelic young man accused of a spectacularly gory murder. As Vail investigates the case and goes deeper and deeper into Aaron Stamplerâ??s history, he realizes that the victim of the slaying was a corrupt man, and that Aaron is not as innocent as he claims. In a dramatic courtroom scene, Vail unleashes â??Roy,â? an alternate personality that Aaron Stampler used to defend himself. While Roy performed the killing, Aaron was unaware. After Vail gets Aaronâ??s charges dismissed on the basis of insanity, Aaron reveals that Roy is a fiction, and that all along, he was actually the monster he was accused of being.

Basic Instinct features the cat and mouse game between the hardened detective Nick Curran and the psychotic novelist Catherine Trammel. Curran originally investigates Tramell regarding the death of a rock star, who was murdered with an ice pick. Tramellâ??s most recent novel features a rock star killed in the same manner, and even before this revelation, she is the only suspect. As the film progresses, he becomes increasingly obsessed with Tramell, leading her to promise him a role in her next book. By the end, Tramell has cleared herself of the crime that Curran knew she committed, and there are strong indications in the filmâ??s final moments that he will be her next victim.

Psycho is one of the earliest psychological thrillers, placing as much investment in the mental state of the villain as in the action. Norman Bates runs a motel on an isolated stretch of road, and at the start of the movie, he is confronted by Marion Crane, a thief who is absconding with her ill-gotten gains. They share a pleasant dinner, after which she hears Bates fighting with his mother. Later on, Crane is stabbed in the shower, creating one of the most iconic moments in modern film. Bates discovers her corpse and assumes his mother committed the murder. As the story unfolds, however, it becomes clear that Batesâ?? mother is dead, and that he himself committed the crime. This film explores the fractured nature of a man who both desired women and felt enormously guilty over it.

Randy Porter is a clinical psychologist and guest author at Best Psychology Schools Online, where he contributed to the guide to the Top 10 Online Bachelor’s in Psychology Programs.