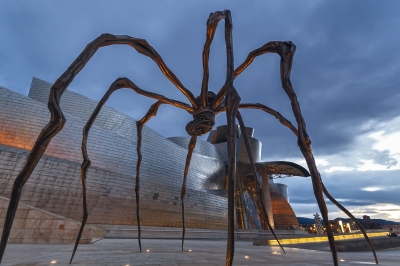 Earlier this month the movie Spiders was released in theaters nationwide. If you haven’t even seen the trailer yet, then look it up.

It appears that there is an accident on a space station, which results in an alien spider landing on earth. The alien creatures manages to lay a host of eggs, which eventually hatch and begin their quest for world domination. The only problem is that these spiders are gigantic. Some of them are as big as buildings.

The best part about the movie? It’s in 3D!

As a pest control company, we are keen on the insect-related pieces that are apart of our modern culture. The movie Arachnaphobia still might be the best spider movie, but Starship Troopers comes in as a close second.

While giant sized spiders invading earth probably isn’t a realistic possibility in the near future, or the distand one, there have indeed been some weird spider infestations to be recorded.

Here are the best.

In 2011, the auto manufacturer Mazda recalled over 65,000 vehicles due to a massive infestation of Yellow Sac spiders. The infestations were concentrated in the fuel lines of the cars, and Mazda said that the problem could eventually lead to dangerous leakage. The problematic area was serviced and changed for free, and upon correction Mazda also installed a spring in the fueld system to ensure that nothing else could enter the area. When a Mazda spokesperson was asked why they thought the spider decided to invade the Mazda6 vehicle, he replied “Apparently the spider likes to to zoom zoom.”

In December of 2012, a black widow infestation was reported in Norwich, England, in a shipment of car tires from the United States. Arizona, to be exact. When the workers received the shipment, they opened the shipping crates and saw hosts of black widows. Black widows are not native to English, but they certainly are to Arizona. It made sense the infestation occured prior to shipment across three US time zones and the Atlantic. Although, someone might want to inspect that courier plane.

We’re not sure if Guam is a big tourist location, but you may want to put it last on the list. As researchers have discovered, over 70 years ago a kind of tree snake was introduced to the island. Those snakes have wiped out 10 of the 12 native bird species. The remaining two species are protected in a corner of the island by snake specific traps. With the the absense of those other 10 species, spiders have gradually grown rampant on the island. Guam is now the playground to hundreds of different kinds of spiders. In some parts, their web can be seen as a canopy that covers the jungle floor.