Commonly referred to as Drones, Unmanned Ariel Vehicles (UAVs) have received an increasing amount of attention and criticism due to their ethically controversial usage overseas in places such as Afghanistan and Yemen, but President Barack Obama, backed by substantial bipartisan support, passed legislation in February 2013 requiring the Federal Aviation Administration to “develop a comprehensive plan to safely accelerate the integration of civil unmanned aircraft systems into the national airspace system,” fast tracking the introduction of their domestic use.

Those who are in support of this legislation have proposed a wide range of possible commercial and humanitarian applications for Drones that range from taco delivery to aiding in search and rescue efforts, and with the recent and unprecedented rate of technological growth, their uses and cost feasibility will indefinitely make these Drones a more viably attractive option for a considerable number of purposes and services, many all of which could have disastrous implications and consequences pertaining to the final dissolution of any remaining rights regarding privacy and completely undermining the Fourth Amendment.

There are currently hundreds of different UAV models already in production ranging in nearly every size with wingspans as small as the 6.5-inch Nano Hummingbird to the 86-foot Israeli-made Eitan, nearly all of which are built with the intended purpose of providing reconnaissance information. A decade ago, the technological capabilities that exist today on many of these UAVs would have been unconceivable; from the high-power zoom lenses UAVs with sensors to see-through imaging technology, there has been tremendous and omnipotent progress in the recent development of new technologies all of which have the potential to destroy any recognizable degree of privacy in the United States. 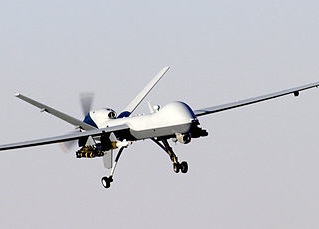 Drones and the Media

Already, agencies like the FBI and police departments across the country are anxious with anticipation awaiting the FAAâ??s approval to their requests for UAVs. Despite considerable efforts to impede media exposure the Houston Police Department was seen in 2007 testing the Scan Eagle, a UAV made by a Boeing subsidiary just 70 miles northwest of the city’s limits. Though the Houston Police Department was neglectful to explain the function or purpose it would serve, other departments have mentioned non-lethal weaponry capabilities such as Tazers and beanbag pellets to help in the apprehension of suspects.

The extent to which Drones will have an either positive or negative impact can only be determined with time, but if the current trajectory persists then there is due reason for concern. This new pervasive technology will have the ability to eradicate every aspect of privacy, circumnavigating the Fourth Amendment entirely as well as all other constitutional liberties concerning the subject. More so than ever before there is an imperative urgency for lawmakers to both assess the irreversible consequences that Drones might have on the lives of all Americans in juxtaposition with their questionable potential to create positive change. After all, is it unrealistic to assume that these Drones will be used more frequently to monitor the daily lives of United States citizens than to clean up nuclear waste spills or putting out forest fires?

Ophelia Dunnell is a technology, metal fabrication, and construction blogger with Strong Forge.