Spiders are an important part of the ecosystem. They keep the bug population down and out of your house. We know they are good, but that doesnâ??t stop them from creeping most people out. There are around 35,000 species of spiders in the world. Only 27 of these have been known to cause death in humans.

Even though spiders have a positive influence, some are still dangerous to our health, and sometimes even deadly. It is important to identify which spiders are the most poisonous, many of which have not been heard of by most people. 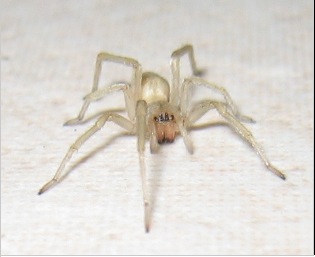 Attracted to the smell of gasoline, the yellow sac spider is often found in garages. These spiders are found all over the world, although only one certain genus is found in the Western Hemisphere.

The venom is often painful. Anytime a spider bites you, you should seek out medical help immediately, but especially with the yellow sac spider. Its bites cause the cells in the organs impacted to die, resulting in a possible lesion. This spider is less common than the wolf spider or black widow, but common enough that it should be looked for and avoided at all costs. Calling the exterminator is the first step when discovering a surplus of yellow sac spiders.

This spider is not particularly large, but it can be extremely deadly. Its legs span just less than two inches. Although its venom is extremely toxic, it is less common because it isnâ??t as likely as other spiders to bite humans. This may in part be because it is found mostly in the rural desert of Africa, and has less interaction.

Most people who have been bitten by the six-eyed sand spider have simply wandered too close to its hiding spot. It is known to bury itself beneath sand, waiting for an unsuspecting victim to come to close. The bite causes many problems including:

There are ways to try and lessen the damage of the spider, but there is no specific anti-venom available. To avoid damage, it is best to avoid this spider completely, which shouldnâ??t be that difficult for most people when considering its habitat.

The Brazilian wandering spider is very defensive, and has been known to attack humans on multiple occasions. They are mostly found in South and Central America. This arachnid is the most venomous spider in the world as per the 2010 Guinness World Records.

The fatality rate is lower because there is anti-venom available, but those who do not receive it have an almost certain demise. The neurotoxin in its venom creates breathing problems, extreme pain, inflammation, and a lack of muscle control.

This spider is one of the largest spider threats to humans. They have been known to hide out around homes, wandering around at night looking for their next victim.

The wandering is what really makes this spider so dangerous. Most spiders stay within certain areas, while this one travels freely during the night. In the day, it searches for any place to hide. This often ends up being inside cars, shoes, houses, toys, whatever it can find.

These spiders make there home in Central and South America, but they have been found in other places. They arenâ??t nicknamed the banana spider for nothing. Instances have happened where Brazilian wandering spiders have shown up from banana shipments as far as England. It is important to be able to recognize this dangerous critter, no matter where you live.

Most spiders around the world are harmless to humans, but there are a few that pose a serious threat. It is important to learn even the least known pests, and avoid them.

Cassie writes about dangerous animals, such as spiders, bears, and snakes. Pertaining to spiders in residential areas, she also writes for beelinepestcontrol.com, and how to know when is the best time to call the exterminator.