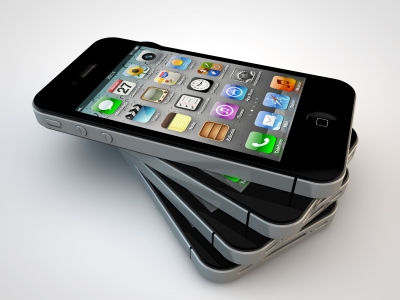 If you own an iPhone then you own one of the most advanced pieces of kit around.

Not only are these premium feeling and looking pieces of hardware that convey status and style, but they’re also capable of some amazing things thanks to their game changing hardware. If you’re just using your iPhone to make calls then or send texts, you’re sorely missing out on a whole variety of experiences that are available to you.

And in fact, even if you are using your hardware to the max, you still might be missing out on some of the hidden little pleasures waiting for you on the device. Here then we’ll look at the most awe inspiring things to do with your device that will show you just how far technology has come – in recent times that’s mostly thanks to Apple.

Don’t Look Back is an app that’s completely free to download which right away makes it a worthwhile experience. What you then get is a very basic seeming shooter with minimalistic graphics (employing large pixels and a palette of only one colour) but that harbours a deep and actually moving storyline that is revealed through the gameplay itself. At the end you may well find you have a lump in your throat.

Note: This game only takes around an hour to complete (though the difficulty level is frustrating at times). It’s well worth taking the effort to do so in one sitting to get the best experience.

RjDj is an experience unlike any other on the iPhone that and one that should blow your mind and entertain you for at least a few hours. It works by using headphones to pick up noise ambient around it, and then amplifying/distorting that sound in order to create a musical ‘soundscape’. Walking becomes the beat while scratching your head becomes a melodic note bend. Requires headphones.

Super Brothers is another indie game in the vein of Don’t Look Back but with higher production values and a more lengthy experience. The game is essentially a point and click adventure with humorous narration, but it again manages to transcend its genre through the use of an excellent soundtrack and highly atmospheric sound effects that enhance the gameplay. It’s oddly serene and a great way to chill for a few hours.

Infinite comics are comics that you read through the Marvel App that represent Marvel’s vision of the ‘future of comics’. They work by integrating transitions, basic animations and sound effects with your usual comic panels, but it’s subtly and tastefully done ensuring that it enhances rather than distracts from the experience.

iPhones have great browsers, and there’s more incredible stuff on the web than you can probably imagine. If you really want to do something unique with your iPhone, then head over to ‘planet4.org’ and spend some time exploring the thousands of images of Mars’ surface that no one has looked at yet. It’s literally like being an explorer… in space.

This guest post is authored by Royston. He is the CEO of iPersonalised.com, a fast growing business that transforms your ideas, designs and thoughts into a cool and funky personalised phone case.