Insurance companies have a number of different options available for different types of cover to protect everything from your car to your pet’s health.

Regardless of your circumstances, insurance is an important measure to have in place when the unexpected happens. Check out what happened in the three biggest bank thefts in history – remember, they didn’t think it would happen to them either! 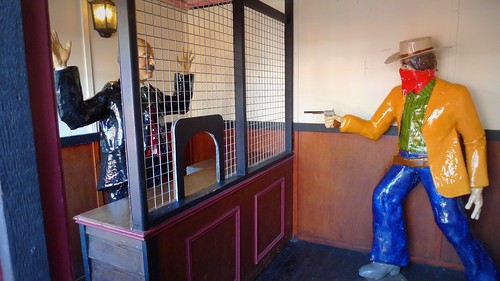 Central Brazillian bank Banco Central thought the risks of being robbed were too small to bother with the services ofÂ insurance companies. However, on August 6, 2005, a gang of thieves managed to steal over R$164 million (Â£51.5 million) from a Banco Central branch in Fortaleza in the north east of Brazil.

The burglars rented an empty house two blocks away from the bank three months before the robbery took place. Over this time, they tunnelled 78 metres beneath the city before breaking through the wall of the vault, posing as a landscaping company to account for the truck-loads of soil being removed daily from the property. Of the 25 men thought to be involved, only eight have been arrested and under R$8 million of the lost loot has been recovered.

Valerio Viccei, a wanted Italian thief, led a robbery in Knightsbridge, London on 12 July 1987, escaping with a hoard worth an estimated Â£60 million (equivalent to over Â£105 million in the present day.) Two men entered the Knightsbridge Safe Deposit Centre where they requested to rent a safety deposit box. On entering the vault, the men produced guns, threatening the manager and security guards before placing a ‘closed’ sign on the street entrance and letting in more accomplices, who proceeded to plunder the safety deposit boxes at will. Viccei fled to South America and was only caught after returning to England to retrieve his beloved Ferrari Testarossa.

In March 2003, the day before US military forces started bombing Iraq, Dictator Saddam Hussein carried out what is considered to be the largest bank robbery in history.

The former Iraqi president sent his son Qusay to the Central Bank of Iraq on his behalf, with a hand written note ordering $920 million (Â£586 million) to be withdrawn. Qusay and another unidentified man oversaw the loot, made up of boxes of $100 bills, being loaded into trucks over the course of five hours.

These are considered to be the three biggest bank robberies the world has seen so far – have you heard of any other huge historical heists?

â??Catherine Halsey writes for a digital marketing agency on a range of subjects. This article links back to Hastings Direct”