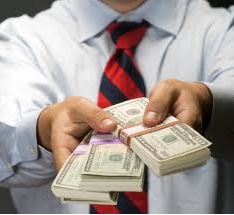 On January 5, 1919, Mr. James Mulney was walking on his way to work, enjoying the fine thaw that had set in earlier in the day in the city of Boston, Massachusetts.Â He worked as a day supervisor at the Delaney Candy Factory, and was just crossing Kearny Square on Commercial Street when all sweet, sticky hell broke loose.Â  A storage tank just off of Kearny Square containing over 25-thousand gallons of molasses collapsed, sending a wave ten feet high of molasses surging down Commercial Street, where the unfortunate Mr. Mulney was walking.Â  He was swept up in the tide of molasses, which carried him, half-suffocated, into the Back Bay of Boston Bay, where he was rescued by naval cadets from the training ship USS Nantucket.

After a few days of recuperating at home, Mr. Mulney attempted to go back to work, but the minute he walked into the candy factory he fainted.Â  When brought to by his concerned co-workers he immediately began screaming that he could not stand the smell of molasses (which was the common candy sweetener back in those days, not corn syrup).Â  He had to be restrained from jumping through a plate glass window to escape from the factory, and was escorted back home by several policemen, where he stayed for the next 25 years, a recluse who refused to have a single piece of toffee or taffy in his house.Â  He lived on a disability pension granted him by the state of Massachusetts.

Mary Livingston was a logging camp cook up in rural Vermont back in the 1870â??s.Â  She was known as an affectionate, good-humored woman who could cook up a storm for the hungry loggers that were sawing down the last of the old growth forests in Vermont.Â  During the winter of 1876 she and four hefty loggers were trapped by a blizzard in a small line shack as they were making their way back from a barn dance.Â  The blizzard raged for three days, and it was four more days before a rescue party could dig them out of the shack, which did not have any food.Â  They found a scene of horror; Mary, hollow-eyed and laughing maniacally, presided over the half-eaten corpses of the four lumberjacks.Â  She claimed a bear had broken in to the shack, killed the lumberjacks, and taken bites out of each of them, while Mary cowered in the corner, covered by a blanket.Â  There were no bear tracks or scat, and it appeared as if the door and windows had not been broken by any forced entry.Â  A coronerâ??s inquest delivered a verdict of â??death by mischanceâ? and left it at that.Â  Mary went back to work as a cook, but she was no longer the jolly flirt of former days; instead, she muttered over the pots and pans, and started serving stews that had unidentifiable gobs of meat in them.Â  She claimed they were raccoon and squirrel, but the loggers began to think it might be something, or SOMEONE, else.Â  Several loggers disappeared mysteriously from the camps where she was working.Â  Finally the loggers took up a collection, which they presented to Mary, calling it a â??disability paymentâ?? for her terrible ordeal in the cabin during the blizzard â?? with the stipulation that she discontinue her cooking and retire someplace far away from the forests of Vermont.Â  She took the money and left, never to be heard of again.Â  The loggers hired another cook and thankfully went back to their regular diet of flapjacks and fatback.

Joshuah Norton was a canny English businessman who decided to take advantage of the Gold Rush fever of 1849 by taking a stock of dry goods around Cape Horn by ship and setting up shop in San Francisco.Â  But when he arrived in San Francisco Bay his ship caught fire and burned to the water line; all his earthly goods were gone, and the maritime insurance company refused to pay off.Â  So Norton arrived on the beach with the singed clothes on his back and nothing more, a pauper.Â  For several years he attempted to recoup his losses by working for other mercantile establishments, but his run of bad luck was amazing.Â  He lost job after job, until he began losing his mind.Â  One day, in 1859, he promenaded through the notorious Barbary Coast section of town dressed in a dilapidated military uniform, complete with gold epaulets and a Napoleonic hat.Â  He handed out hand-printed business cards to one and all, that read:Â  NORTON THE FIRST, EMPEROR OF SAN FRANCISCO, PROTECTOR OF MEXICO.Â  Instead of locking him up, the citizens of San Francisco decided to humor him, and for the next 20 years he was respectfully addressed as â??your majesty, Emperor Nortonâ?.Â  He was allowed to dine for free at the finest restaurants and occasionally sat in on a minor trial at the courthouse, dispensing imperial justice to pickpockets and drunks.Â  Towards the end of his life he asked for, and received, a disability payment for, in his own cockeyed words â??Years of unwearyingly serving my people of the Norton Empireâ?.Â  He died in 1880, and was given a huge funeral, attended by more than 30-thousand people.Â  The Mayor of San Francisco and the city council solemnly proclaimed that the â??Empire of Norton the Firstâ? had now officially ceased.

All this was done with a straight face.

Tim Torkildson is a student of bizarre and arcane history. Â He is also a free-lance blogger for disability concerns such asÂ http://www.disabilityinsurancelawyers.com/practice_areas/more/bad-faith-lawsuits