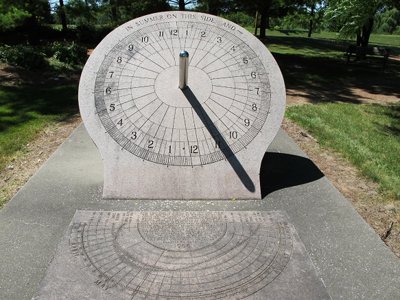 The question of what time it is, precisely, is not a simple one.

It is somewhat miraculous that our forefathers were able to invent a machine that could answer that question and shrink it down to fit in our pockets. Without a clock or a watch the hours of the day cannot be divided up with much precision. If we were left without watches, then we have no way to track the time except by the sun and the stars. Our ancestors exploited these resources to their fullest.

Telling Time By The Sun

The ancient Romans told time by looking at their shadow. If their shadow fell directly beneath them, it was noon. They would make appointments for the evening by saying, “Let us meet when our shadows are three times taller than us.” Until the invention and perfection of clocks, an epic tale in and of itself, the only way to tell time with precision was a sundial. This was more reliable than you might think, because the sun traces a very predictable path in the sky. If you pick a free-standing object and trace a line around its shadow when the shadow is smallest, every day for a year, then you will discover two things. First, your drawings of the shadows will make a figure eight shape, where the line formed by the tops of the shadows moves out and then doubles back onto itself. The second thing is that your shadow will return to precisely the same spot on the same day every year. Shadow clocks and sundials work because of these two principles. The path of the shadow cast by the sun is carefully charted over the course of a year, making sure to keep the sundial in the same position. The moment when the shadow is smallest is taken for noon, and the time before and after is algebraically divided up into hours. The sundial was often the social center of the town. People would go to the sundial to “check the time” and pass the day. 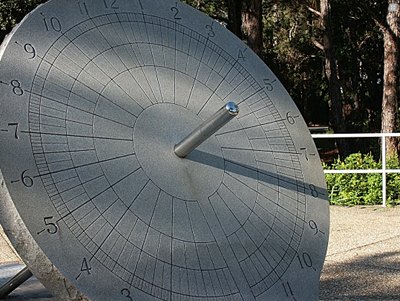 Telling Time By The Stars

Our regular progression around the sun is one of the most reliably known facts of the universe. We all know that the sun comes up a little bit earlier in the summer and a little bit later in the winter. The ancients knew a lot more than this. They knew the path of the sun, the planets, and the stars as well. Unfortunately, telling time by the stars is much more difficult than the sun. In the northern hemisphere there is tremendous folkloric information telling which stars rise at what times of the year and how they can be found. Most of these systems revolve around the constellations of the Big Dipper and Cassiopeia, as those are the two collections of stars with the most direct relationship to the North Star. Once a series of astronomical facts are in place, such as the knowledge that Orion rises early in fall and late in winter, the hour of the night can be told with some precision. These small feats of engineering were of great consequence to prehistoric culture. It is interesting that prehistoric cultures chose to communicate the hour of the night through folklore.

Dividing the day up into hours is one of the simplest and most profound of human technologies. The elegance and ingenuity that it takes to record the time precisely, to express that knowledge in gears and springs, and then to build a machine that carries out that task precisely is well worth celebrating. In our modern world a watch is not only a useful object, but a functioning work of art. Modern watchmakers might not have the same motivations as the ancients, but they carry on the tradition of timekeeping in their own ways.

Daniel Swann is a writer living between the UK and Shanghai. He mainly works for the travel sector, and when he’s not writing or researching his main interests are urban trekking and cooking.