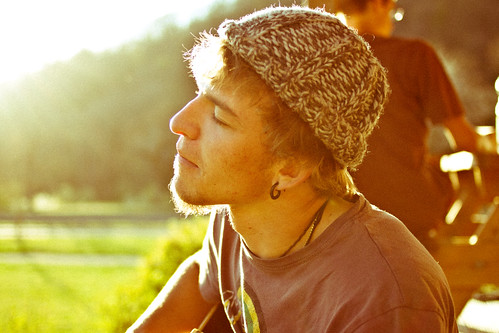 Rap music has been around for over twenty-five years now, and has spread to all corners of the globe. Rappers have appeared on television, been featured in print ads, sold chart-topping albums, owned companies, and become household names.

With the many types of rap, including battles, freestyles, hardcore, west-coast, east-coast, and many more, one question always comes to mind: Where did this craze come from, and is rap music really as new as it seems to be? To answer this question, we’ll start with a brief history of rap music.

Although rap first gained popularity in America during the late eighties, its origins date back toward the early seventies, when block parties in the Bronx first began to incorporate DJ’s into their events. As the DJ’s began noticing that party attendees especially enjoyed the “breakdown” in songs, they began scratching and developing more basic beats. It was because of these “breaks”, and the DJ’s need to keep the energy of the crowd up, that they began chanting short, memorable verses over their own music. Eventually this developed into groups of youths speaking over the music, as well as dancing with it, leading to the birth of not just modern day rap music, but of the entire hip-hop scene itself.
The eighties helped rap music become what it is today. New technology helped to create more interesting beats, the first rap albums were released, and rap music as a mature art form began to develop thanks to the rappers at the forefront of the movement. The eighties also saw rap begin to grow outside of New York, taking over not just the rest of the country, but other nations as well.
The ninety’s saw the mainstream breakthrough of hip-hop, helped in part by the ever growing amount of rap groups, many of which pioneered new styles and ways to deliver their rhymes. It was during this time that battle raps first found mainstream attention, and some of the most infamous of all battles took place. It’s thanks to battle raps that many rappers began using different styles of rhymes to confuse their opponent, hence the beginning of complex rap.

The Rhymes Of Rap

Rap music may have begun in the seventies, but the use of words that rhyme in literature has been around since the beginning of poetry itself. It’s often said that the prevalent spoken word poetry slams of the late sixties helped to influence the beginning of rap music, and it’s easy to see why. Many poets of the time were making use of not just end-rhymes (the traditional, last word of the line rhyme) but were also including rich-rhymes, slant-rhymes, and eye-rhymes into their works. Over the course of rapâ??s history, as both battle-raps and recorded raps became more lyrical and rhyme-heavy, many artists began making use of the different types of rhyme schemes, much like the poets had years before.

In most modern rap songs, a strong, lyric-heavy delivery is often accompanied by the many types of rhymes. It’s not unusual for an artist to mix multiple different rhyme schemes into one song for greater emphasis, to show off their skill. Modern day rap is both an homage to its past and an evolution: using not just the rap styles of old, but the types of rhymes that were created by poets long before rap music had ever started.

Sasha Fletcher is balancing his rap career with a burgeoning technological mindset. He recently completed his ic3 certification and is looking forward to continuing his digital literacy education.