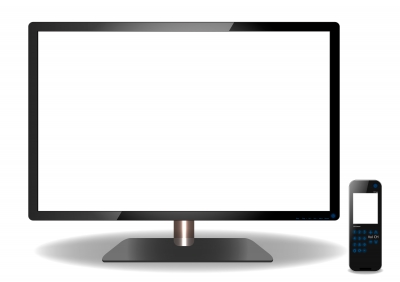 For many avid gamers, Xbox, Wii and Playstation are some of the go-to sources when it comes to high quality video games. However, the future of these game consoles might just become bleak if a game-enabled Apple TV enters the market. At least that is what Nat Brown, Microsoft Xbox co-founder, fears.

In his personal blog entitled â??Stupid, Stupid Xbox,â? Brown penned that Apple can easily dominate the video game market, should it decide to integrate gaming capabilities to its Apple TV set top box. When that happens, game developers would just jump on-board, which could become the end of Sony, Nintendo and Microsoft.

Lack of platform for Indie developers

Brown pointed out that the most critical problem that Microsoft faces is the lack of a versatile developing ecosystem that will provide small or independent game developers to create games for Xbox without the need for expensive equipment.

Brown goes on saying that Microsoft developer programs charges its console developers $10,000 annually for membership and for games to be published on its platform, not to mention they require the filing of a ton of paperwork, with Microsoft having the power to take over a game. These things, in turn, makes it nearly impossible for small and independent developers to embrace the platform.

Apple could just be ready to catch

According to Brown, the area where Microsoft is lacking is actually where Apple could come in and dominate. Apple is already a games competitor even if it has not yet made Apple TV a game platform or a console. In fact, the tech giant already has a viable system available where developers can publish apps with great ease. That means, game developers would only need for Apple to make a game-enabled TV and they would no doubt take the plunge to make games for Apple. Brown even pointed that he would be the first person to write apps for Apple TV because he knows he will make money when that happens.

Of course, Brown is not the only established name in the console gaming world to gripe over the potential impact that Apple will make if it moves on and develops a game-enabled TV. In January, Gabe Newell, software engineer and co-founder of Valve notes that Apple is, in fact, the biggest challenge to the PC and console gaming industry’s future. He noted that Apple could easily roll the console industry once it moves to the living room.

It should be noted that Apple TV currently does not support gaming applications and lacks the necessary hardware to power up such as software. However, as cheaper hardware is more accessible, the ability of Apple to reinvent its products and, of course, the company’s interest in entering the television sector, Brown and Newell’s fear might just happen. Hopefully, before that time comes, the console gaming industry would be able to figure things out. Otherwise, it might face its end.

This article was written by Ericka, a freelance writer whose interest lies in writing posts related to technology. She is also a regular contributor for aerial installations Edinburgh specialist, Moving Pictures.