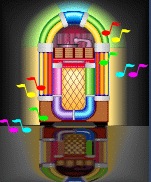 Listening to music has been the favorite pastime of youngstersâ?? right from the 70s. There was a time then, when young people carried big, bulky cassette players with them so they could enjoy listening to music.

With the advent of the walkman, small compact music players became more accessible to youngsters. In the 90s, seeing a person with headphones and walkmans was a common sight. As cassettes gave way to CDs, disc-mans replaced walkmans. But the smallest and best invention for music listeners has been the compact digital media players like iPods and MP3 players.

Digital storage devices:
These music storage devices are capable of playing and storing music primarily, but one can also store images, videos, documents and other data on an in-built hard drive.

MP3 players vs. iPods:
Though both these digital devices store data in a similar manner, the difference between them is primarily this, an iPod is an Apple product and is a superior package as compared to a normal MP3 player.

But when it comes to prices the cost of an MP3 player is much economical in comparison to an iPod. MP3 players are a great investment for college kids and for those who want to buy high end smart phones as buying an MP3 helps reduce the stress on oneâ??s pockets.

Helps save phone battery life:
Now with phones having music capabilities, very often people use their phone to listen to music and this tends to drain the phone battery. Almost all people having smart phones, know that the use of the mobile phone has gone beyond just being limited to texting and calling.

Today, we do a lot more with our phonesâ??we chat, surf the internet, watch videos, play games, etc. While we do all this, listening to music only adds to the strain on the mobile battery as it tends to drain it all the more. The result is that one is forced to charge their mobile phone at least three to four times in a day, which becomes all the more complicated if one has to travel a lot.

Listen to music on the go:
Having a separate MP3 player in addition to a phone greatly reduces the stress on the mobile battery. Most MP3 player has a minimum of 12 hours battery life and can store from 200 to 1000 songs, depending on the amount of memory.

While iPods may have superior display and other features as compared to an MP3 player, investing in both iPods and good quality smart phones may be too much for the economic buyer. MP3 players have a wide range of devices that are available to suit anyoneâ??s and everyoneâ??s tastes. Using MP3 players makes it easy to listen to music on the go.

Be wise, make a choice:
An iPod is a MP3 player at the end of the day and the decision of choosing to buy it or an ordinary MP3 player will depend on each person, but choosing to have a separate music player is a really good option.

Geoff France is a technology and gadget freak. He loves to write about technology and provides the latest moblie phone deals through his website www.mobilephonedeals.co.uk.