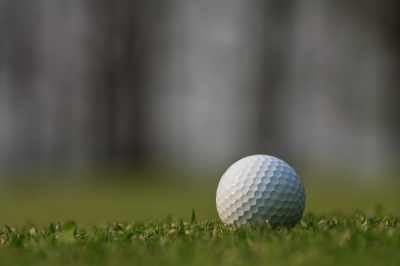 In 1935, Gene Sarazen made the â??shot heard round the worldâ? at the Augusta National Invitational tournament to get a double eagle and secure a playoff against Craig Wood, which he would win the next day.Â  It was just the second tournament of its kind, and kicked off a long history of special shots at the annual tournament in Augusta, which is today known as the Masters. Here are some of the most difficult shots made throughout the years.

Louis Oosthuizen made history at the 2012 Masters. He didnâ??t do this by winning the Green Jacket, which was later taken by Bubba Watson (more on that later). He made history by performing his own version of Sarazenâ??s albatross, with a 260-yard shot on the second hole at Augusta. This is the first time in Masters history that any golfer had scored a double eagle on this hole.

The reason why Oosthuizen didnâ??t walk away with the Green Jacket in 2012 is because of Bubba Watson, and especially one incredible shot. With the players still tied at the 10th hole, they both hit poor first shots. Watsonâ??s went far into the rough, and no one could have predicted what would happen next. Deep in the pine straw, Watson hooked the shot around the pine trees and the ball landed on the green and stopped about 10 feet away from the hole.

Phil Mickelson is one of the few golfers who would even attempt such a shot, in the pines, behind a tree. But attempt it he did, and he hit the ball to within four feet of the hole. He missed the following put, but it did not matter. That was one incredible shot.

His 40 foot putt in 1975 is still talked about today, but just misses out on this list, for the simple reason that you cannot ignore Nicklausâ?? 1986 Masters shot on the 16th, leading to a birdie.Â  He had been trailing Seve Ballesteros up until this point, but this near hole-in-one really changed everything, helping Nicklaus earn his sixth Masters title, becoming the oldest man to do so.

When the 1987 Masters went into sudden death, everyone was certain that Greg Norman had it in the bag.However, Larry Mize changed things completely when he made a 140-foot chip-in to all but guarantee the Green Jacket. Norman could not respond, and Mize was crowned the winner.

One of the best shots in golf history, Tiger Woodsâ?? chip from the edge of the green is definitely the greatest Masters moment of all time. He hit the ball wit the exact right amount of spin to send it towards the hole, pausing for what seemed like forever before eventually dropping in. Only Tiger Woods could ever have made such a shot.

Phil Oscarson is a freelance golf blogger. If he’s not playing or talking about golf, he’s most likely enjoying the beach in California. For more information on golf courses, tips, etc. go to americangolf.com.