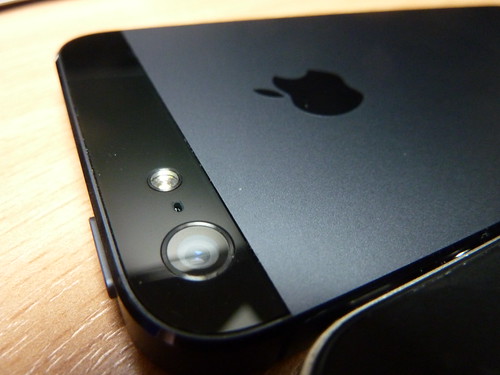 Every now and then an App comes along that is just so perfect, so addictive or simply so well marketed that it becomes a part of the cultural lexicon.

This article is not about those apps. For every barnstorming success, there are hundreds, if not thousands of apps that never made it. The interface was just slightly off, the concept didnâ??t take hold, or it simply wasnâ??t the right time. Or they were grossly offensive. Below are 5 of the strangest, most controversial apps to ever hit the market:

The now-infamous â??gay cureâ?? app sent you videos, events and news stories carefully selected to help you â??growâ?? into heterosexuality. Designed by a company in favour of (among other things) electro-shock therapy for homosexuals, the app caused understandable outrage on release, despite being awarded a 4+ â??nothing offensive hereâ?? rating from Apple. After a petition collected over 80,000 protesting signatures the app was pulled, but not before causing a massive PR headache for the company. Similar problems were found with the Manhattan Declaration app; a sort of â??Christian Quizâ?? that would ask questions on things like homosexuality then mark you down if you answered from a progressive viewpoint.

No matter where you stand on the Israeli/Palestinian question, or what you think of Mossadâ??s activities over the years, you can probably agree that a violent overthrow of the Jewish State is not the answer. Try telling that to the makers of ThirdIntifada, a protest app that linked to a website dedicated to organising violent clashes along the Syrian border. Yuli Edelstein, the Israeli Information Minister, contacted Steve Jobs direct to get the app pulled; resulting in what we imagine must have been the most grovelling apology in the history of email.

If Juno taught us anything, itâ??s that teen pregnancy can be hilarious. Enter the producers of Knocked app; an app that allows you to take pictures of friends with a great big full-term belly grafted on and distributes the â??happy newsâ?? via Facebook. With the slogan â??1 in 3 teens fall pregnant. Help make that 2 in 3â?? and a trailer that does its level best to emulate the South Park model of causing maximum offense; weâ??re calling shenanigans on this deliberately controversial app. Likely destined to be a hit with the â??rebelâ?? market, Knocked perhaps proves conclusively that the secret to download success is not wit, intelligence or charm, but simple provocation.

The makers of Baby Shaker decided teen pregnancy wasnâ??t nearly amusing enough and went all the way to infanticide. Using the app caused a picture of a crying baby to appear onscreen, with the goal being to shake the phone until a pair of cartoon crosses replaced the babyâ??s eyes. Yep, the entire point was to make a joke out of dead babies; a joke which, for some reason, didnâ??t sit well with some people. Apple banned the app following an outcry, although how it made it to the market in the first place is anyoneâ??s guess.

Need the world to know youâ??re both rich and soulless? For $999.99 you could download this useless little app, consisting of a spinning jewel screensaver andâ?¦ literally nothing else. The whole point was to show how loaded you were by blowing a chunk of change on something completely useless. It was released in summer 2008, which you may recall was the point the world economy plunged screaming into an abyss, making the app that much more repulsive. 8 people managed to purchase I am Rich before it was yanked, presumably turning their useless little screensavers into even-more valuable collectorâ??s items.

Planning a controversy of your own? Make sure you have the bandwidth to take the strain with web hosting from 34sp.com.