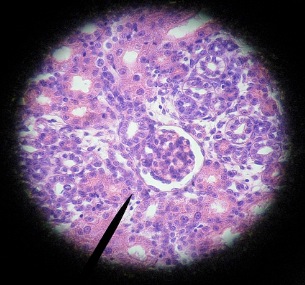 Now, I don’t care how clever you think you are and how many degrees and lab experience you have. Truth is, and you can’t possibly argue with it because this is not a dialogue, so truth is that you’re not a real biologist unless you have these apps on your smartphone. That’s it â?? I’ve spoken. I mean, you can’t possibly take yourself seriously as a scientist if you don’t have apps backing you up. Being a biologist without a smartphone and these apps in a particular is like being a priest and not have a Bible (or, you know, a Bible app or something). It’s insane, shouldn’t happen. I even wonder how people were dealing with biology before the invention of smartphones. Seriously, think about how much easier would it have been for Darwin to write â??On The Origin of Speciesâ? if he had a smartphone in his hand. People wouldn’t be arguing with evolution today. They would say, â??Darwin had a smartphone, so he must’ve been right.â? Imagine how many pointless debates could’ve been averted. But it’s not too late. You can still get these apps and see what it’s all about. Like, these apps are needed by biologists worldwide, but you can download them even if you’re not a scientist, so don’t worry about it â?? just do it and get a hang of the whole biology thing. So without further a due, here’s the apps essential for your scientific career.

Forget about electronic microscopes. If you need to view the structure of certain proteins and other molecules, you can use the so aptly named app. Just search through the database for what you’re looking for and don’t even for a second think about wasting your time using your lab equipment. Why would you do that? It’s not like you don’t have an app for that.

But this is useful outside the lab, too. Like, how many times have you been in a pub talking to your mates, and you were like, â??You know what’s really fascinating? Titin! Here, have a look at the molecule…â? and then you realize that 2-D pictures are boring and you would like to have a 3-D model? Well, now you can, because the app totally gives you access. It’s pretty neat and will definitely make you the soul of the party.

The name of this nifty little application is actually a double meaning, because: 1) it has to do with solutions; and 2) it gives you a solution to making all those tedious calculations when it comes to making a solution. You simply cannot breathe without this application if you’re a self-respecting scientist. This is the type of calculation software people have been waiting for since the dawn of time If I were you, I would be ashamed for not getting it earlier but I guess it’s better late than never.

The software lets you make calculations in an orderly manner, so you will never mess up your solutions again.

Every good scientist talks to himself, and biologists are no exception. You need to take notes but tape recorders are so last century. Now you can use Evernote and take the best notes and recordings of your voice you can ever hope for, and then you can perfectly sort them out. Imagine how many scientific breakthroughs were simply lost in history because the people who discovered them forgot where they put them down. This will never happen to you with Evernote.

As you can see, those apps are pretty useful, so don’t even bother reading the rest of the article â?? go and download them now!

Disclaimer: The usefulness of some of the apps may have been slightly exaggerated by the author. Or, like, a lot.

Author Bio: Morgan Johnes is blogger with many years of experience in technologies. He works as a coordinator at http://www.endoftenancycleanerslondon.com/n16-stoke-newington/ and reads a lot about new apps.