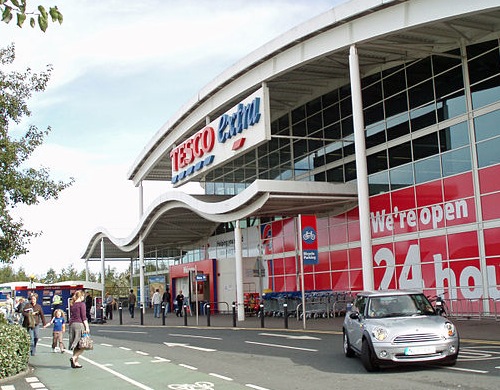 Over the recent years, we’ve seen Tesco enter into the broadband market.

It seems like supermarkets are diversifying into every field. You have supermarket banks, insurance and now we have communications. So, how good is the Tesco broadband service?

This article will look at some of the positives and negatives so that we can understand whether it is decent service or not. Should they just give up and concentrate on selling groceries or do they have a niche in the market to call their own?

Tesco has built a brand of high integrity and massive market penetration in the UK. The foothold that they have means that it makes sense for them to start selling other products and services as people come through the door with their money ready to spend. Their company slogan, “Every little helps” has been a very clever marketing ploy.

Tesco first came into the broadband market in 2004, but didn’t really publicise their service. It’s a bit of a mystery why Tesco didn’t talk about their offering, but then the company was going through a great deal of change and perhaps didn’t want to dilute their message. In 2009, Tesco partnered with Cable and Wireless and they are still not really pushing as hard as they could; you’ll be looking really on their websites for any details about their service. It appears in 2013 and 2014; they are going to up their efforts in the broadband market. They have a very loyal customer base and this is a great footing from which to push off. It’s certainly one of the cheapest services on the market starting from around Â£5 per month.

We’ll have a look at hidden charges, line rental, what you get and whether it is unlimited on the unlimited packages.

Before we jump into the detail and look at the service, let’s quickly understand the pros and cons. I am aware you may not have the time or gumption to read all the way to the end.

The Good Things about Tesco Broadband

Some of the Cheapest Prices You’ll Find

Tesco offers some of the cheapest prices around and not many of the big players can actually compete on price. Even companies like Plusnet that’s already on the budget end of the market are more expensive. However, you have got to look at the hidden costs, too, and these push the price of Tesco broadband up. You have to pay for line rental, for instance. Even if you go for the lower rates, you’ll end up paying 20% VAT taking it right up again.

Even the 30 day rolling contract, meaning you don’t have to be linked in for 12 months, comes with stipulations. For example, after 12 months your prices will go up.

You can use your Clubcards and get additional points with your broadband. You get a free wireless router and also the call features are good. With the router, the terms and conditions of Tesco mean that it remains the property of Tesco broadband and therefore you could be asked to send it back at your own expense. So, as you can see, some of the good is tempered with not so good.

Perhaps one of the most attractive features of getting Tesco broadband is that the name is already tried and tested. It’s one of the biggest brands in the UK and there’s a lot of loyalty with customers strolling into the many stores around UK on a daily basis. We’re used to spending our money with this company. They have also done well entering into mobile phones, insurance and finance. Surprisingly, Tesco has not jumped into broadband as they might have. There’s very little TV advertising and the service isn’t pushed that hard. Perhaps this is a cause for concern.

Call Centres in the UK

Tesco understands that it’s a big plus for a company to have call centres based in the UK and the departments are therefore at home and not overseas.

The Not So Good

The majority of broadband packages have offers for light, medium and heavy users, and tend to have a variety within each. Tesco broadband only have three packages to choose from and two of these are phone based rather than broadband. The three main choices are Evening and Weekend calls, Anytime and Broadband Only. Essentially, the broadband is the same package across all packages. Businesses owners and home workers are not provided for and there really doesn’t seem to be a lot of choice at all.

The Extras that are Hidden

Transparent pricing really is not the norm in the broadband industry, even after some recent regulatory changes, and Tesco is just as bad as all the rest. Their headline rates fail to include VAT, extra charges for security and paper billing. Make sure you read the fine print as you won’t get a transparent advertising policy as you would Plusnet. Look at the bottom line and not the headline.

Tesco Broadband offers a 100 GB per month as their fair usage policy. Although, not too bad, it isn’t unlimited. If you download a lot of movies then you could end up using your allowance well before the month is up.

Tesco often gets the accusation that they’re not clear; that prices vary depending on where you live. If you’re in the network area covered by Tesco, you’ll be in a better situation than if you are outside.

The Support of Technical Teams

The reviews for the technical teams of Tesco broadband have been absolutely awful. Some customers complain that unhelpful would be a positive improvement for the technical support. Of course, much of the criticism is anecdotal, but there is a pattern of unhappiness with the level of service provided. Cable and Wireless service the Tesco broadband offering and one of the most common causes for complaint is that problems are not escalated to OpenReach, the BT service on which the Cable Wireless/Tesco broadband is delivered, and this means that issues don’t get resolved, because technical faults are not dealt with.

Overall, Tesco broadband is a cheap offering, but it isn’t as cheap as it looks. It certainly isn’t isn’t the headlines rates that are advertised as there are lots of additional costs. Unlimited broadband is not unlimited with a 100 GB of data allowance in the fair usage policy.

Sam Jonesâ??s daughter was considering Tesco broadband as an alternative for her current supplier.Â  She decided to find out more using sites like uSwitch to see if she could save money.