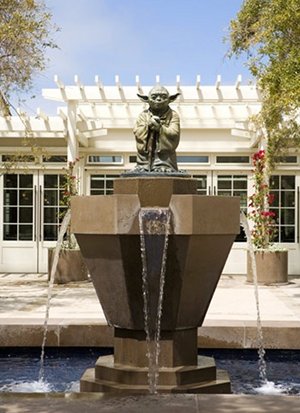 Itâ??s hard to believe this company has ceased operations in 2013. Speculation as to what Disney would do with George Lucasâ?? creative empire has been rampant since the company bought properties such as LucasArts. Itâ??s unfortunate that a company that has been creating games since Lucas founded it in 1982 has been eliminated, with more than 150 staff members losing their jobs, but it canâ??t be said that LucasArts didnâ??t have a great run. They released countless titles over the course of its 30 year run.

Any history of video game discussion has to include LucasArts. They might be gone, but theyâ??ll certainly not be forgotten.

One of the interesting things about LucasArts is the fact the company didnâ??t begin to make Star Wars Â games until the early 1990â??s. Other companies had developed Star Wars games for LucasArts until the company released X-Wing in 1993. The game was one of the best-selling titles of the year. LucasArts had further success with the Star Wars franchise through such releases as the Dark Forces games, the Knights of the Old Republic titles, Rebel Assault, and three of the Lego Star Wars titles. The company also put out popular titles throughout the years based on films like Labyrinth and Indiana Jones.

LucasArts released some impressive games based on their film properties, but they also put out several quality original titles. This can be traced back to the earliest days of the company. Maniac Mansion, The Secret of Monkey Island, and Battlehawks 1942 have all made their mark at one time or another. The success of Maniac Mansion and The Secret of Monkey Island led to their own franchises, and Battlehawks 1942 began one of the most popular military simulation trilogies of its day. The company proved over and over again that they were capable of releasing worthy games across a wide variety of genres.

There were missteps, too, including the criticism held by many fans that LucasArts was more about quantity over quality when it came to its Star Wars games, but the company constantly sought to address these concerns, and to continue releasing quality games from both original concepts and popular properties. LucasArts continued releasing critically and commercially popular games right up until its acquisition by Disney in October 2012.

The End Of LucasArts

The part LucasArts played in the history of video games narrative has been a fascinating one. The company arguably had more hits than misses, and fans today continue to lament the loss of this company from the world of games. A number of titles LucasArts was planning to release now have uncertain futures, and Disney has gone on record as saying that future Star Was games will be developed by other companies.

What does this mean for the future of Star Wars games? The answer is uncertain, but it would seem that the story of LucasArts is at an end.

This article is written by Eric Jornson,Â a father, a writer andÂ Â a researcher.Â He Loves Spending The Day With His Favorite hobby and family.