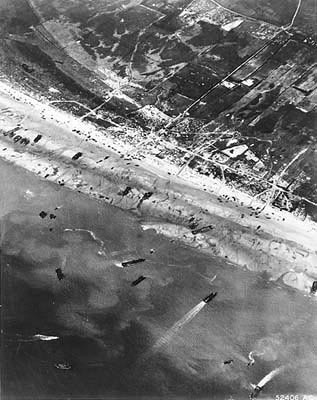 Battles of the second World War were perhaps more violent than those of any other conflict.

Countless soldiers, sailors and civilians lost their lives in the fighting between the Axis and Allied powers. Anyone interested in studying this military action should keep in mind that statistics represented real people.

Each individual killed in action was a real human being, and many of them had families. Entire households were depopulated by the horrific combat that typifies modern mechanized warfare. While numerous historians have focused on lives lost in the various atrocities of the war, innumerable people died fighting for their countries.

1) Some people consider the Battle of Leyte Gulf to be the largest naval battle in all of world history. It’s also notable as the first battle that featured organized kamikaze attacks. The Allied victory was so decisive that Ozawa Jisaburo later wrote that Japanese surface forces became strictly auxiliary after the fight. By opening up the Leyte Gulf, Allied forces were able to invade the Ryukyu Islands in 1945. After the last shots were fired, over 10,000 Axis forces were killed. This is shocking when one considers that around 1,500 Allied forces were killed in the same fight.

2) Few victories in history have been quite as pyrrhic as the Axis one at the Battle of Crete. While German and Italian forces were eventually able to route the allies, the death toll may have exceeded 4,000. Considering the fact that some of the defending troops were essentially Cretan civilians, the battle was something of an embarrassment. Adolph Hitler personally forbade any further large airborne operations because of the large number of causalities that were suffered by German paratroopers during the fight. Interestingly enough, this was the first battle in which the FallschirmjÃ¤ger were deployed.

“Gibraltar of the East”

3) Singapore was a prized outpost of the United Kingdom, and the Japanese were intent on taking it between late 1941 and early 1942. The nickname “Gibraltar of the East” illustrates just how vital Singapore was to British efforts in the area. While the British possessed 85,000 troops, the forces there were slow and tied down. Mitsubishi A6M Zero fighters lead an air assault that also featured Mitsubishi G3M and G4M bombers. There were around 9,500 Allied troops killed and an additional 5,000 wounded. However, the real cost of human life came later. After all, 120,000 Allied troops were captured.

4) The Leningrad Blockade wasn’t a battle in the conventional sense. However, there were over 2 million members of the Red Army killed between September 8, 1941 and January 27, 1944. Ultimately, there were over 4 million causalities. 642,000 civilians lost their lives during the siege and 400,000 more lost them during the evacuations. Operation Barbarossa was a violent and prolonged military action. In fact, an entire article could be devoted merely to those who lost their lives on the Eastern Front. Many more supply crews lost their lives during the harsh winter while they tried to get food and equipment from one side of the city to the other.

5) While the Battle of Kiev might not be as popular among historians as the actions at Stalingrad or Leningrad, this battle was remarkably bloody. Total Soviet causalities were actually higher than the total strength of the USSR’s military forces in the region. Hitler called it the greatest battle ever, and the Soviets were forced to include many civilians and others in the fighting. The battle was an absolute bloodbath that featured the rapid advance of deadly panzer divisions. The Soviet officers apparently hadn’t fully grasped the complete danger of the situation, and they paid the price for it.

Gary Goss is a military historian and guest author at OnlineMilitaryEducation, a site with reviews of top-rated online GI Bill colleges.