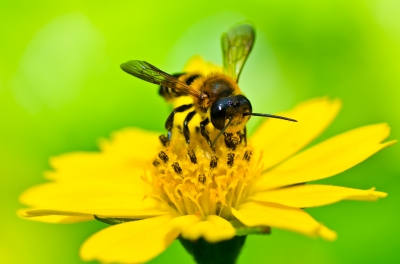 Did you know that each state has an official state insect? Do you know which belongs to your state?

I’m orginally from California, currently living in Arizona. Until now there’s no way I could have told you that California’s state insect is the California Dogface Butterfly. I also would not have been able to tell you that Arizona’s is the Two-Tailed Swallowtail Butterfly.

Interestingly enough, there are a lot of flying insects that belong to all 50 states. Some of the states even share the same bug. Here’s a closer look at all 50 official state insects.

Most popular on the list is the honey bee. It’s hard to tell how serious or technical the legislators from those states were about classifying a particular honey bee because there are seven recognized species of honey bees with 44 subspecies. Maybe we should just assume they were claiming the honeybee in its truest and purest form. Science tells us that members of the Apis genus are only true honey bees.

After a closer look at the dynamics and characteristics of honey bees its understandable to see why so many states have claimed it as their official state insect. Honey bees are hardworking. The work ethic of their hives are enough to impress even the largest companies in the world. Each bee has a specific role within the hive. If needs be, their lives must be lost for the preservation of the hive and the queen.

Some of these state honey bees were claimed early on during statehood and others during more recent years. In the case of Utah, it is also known as the Beehive State to directly represent the work and dedication of a hive. A honey hive even dons the Utah state flag.

It’s understandable that all these state insects are not the same ones for which we hire exterminators. If its recognized as a state symbol, it is thereby protected. Thus, the prettier bugs get the nod on this one.