The continuing dispute between China and Japan over the future of a group of small, uninhabited islands in the South China Sea is rumbling on.

The Senkaku Islands as they are known in Japan were recently bought from a private owner by the Japanese Government.

The Chinese claim that the purchase of the Diaoyu Islands (as they are known in China) is a violation of their ancient, â??sacred territory. The diplomatic row has already nearly led to an out-and-out naval confrontation between the two East Asian powers, which reached such a critical level that the United States Government was forced to step in on the side of its ally Japan. 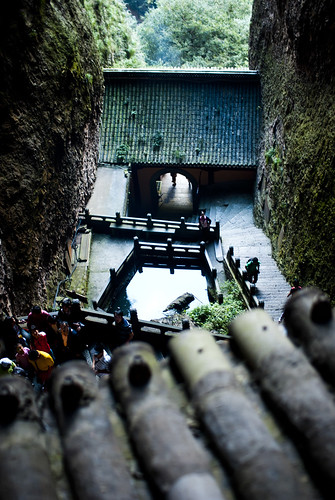 The news media has puzzled over why a group of insignificant, unpopulated and commercially useless islands should have sparked such a potentially disastrous argument between the two countries. The general consensus amongst analysts seems to be that the potential existence of rich submarine deposits of both oil and natural gas have sparked the interest of both countries. A U.N. survey conducted in 1960 highlighted the possibility that the territorial waters of the disputed island group were likely to be harbouring considerable fossil fuel resources.
The ongoing dispute with China over the Senkaku Islands is not the only energy-resource-based argument the Japanese are currently engaging in. The country has also fallen out with Russia over the ownership of four islands within the Kuril group, a chain of land masses that lie in the North Pacific between Japan and Siberia. The Soviet Union took control of the four islands in question during the chaotic aftermath of the Second World War.

Although Japan signed a treaty in 1951 renouncing its claim over the Kuril group of islands, it has subsequently claimed that this renunciation did not relate to the disputed territories, which it never considered to be part of the group.
As with the disagreement over the Senkaku Islands, it seems the dispute between Japan and Russia over the Kuril Islands is most probably motivated by what lies beneath the surrounding oceanic waters. The coastline of the four disputed islands is thought to harbour massive underwater reserves of oil and natural gas. Both countries have designs to use these natural resources to answer the demand for more energy resources amongst their domestic populations.

Itâ??s not just the Japanese who are currently engaged in a sovereignty dispute relating to energy-resource rich islands. The row between Great Britain and Argentina over the ownership of the Falkland Islands has recently reignited. The Argentine Government has been complaining loudly about British plans to survey for natural gas and oil in the coastal waters of the South Atlantic island group. The South American nation claims that any attempt by the British to access and use fossil fuels found in the Falkland Islands would represent a theft of their sovereign energy resources. Conversely, the British believe that under international law any energy resources found in the waters of the Falklands belong to the islanders and the United Kingdom.

Post written by Omar who currently works as a freelancer for numerous energy comparison companies, helping companies find the cheapest prices on their gas and electricity.