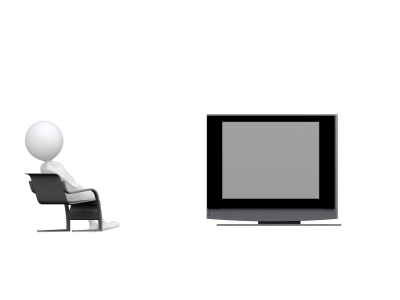 Technology, especially in the TV industry travels at the speed of light these days.

Two weeks after you bought that â??amazingâ?? TV you find that itâ??s out of fashion and classed as Retro! People look at your new idiot box and laugh at how it isnâ??t as slim line as the upgrade. As long as you can catch up on your latest program though what is the big deal?

Iâ??ll tell you what the next big deal is; Apple. I know they arenâ??t exactly new in the technology sector but if you believe theÂ rumorsÂ  Apple are set to be the next contenders in the world of TVs. If this is the case, then I think we all know what that will mean. They are used to being at the top of their field; why should dealing with High Definition be any different?

They conquered the Computer world, dominated the phone market and cleaned up when it came to snagging the best Apps for their app store. Will they try and keep all the cool TV technology to themselves and sue anyone who dares to step in their way? We can only guess at the answer to that, but if they do make the jump to TV, what can we expect in the way of technology?

They already have a product on the market called AppleTV which is essentially aÂ free-viewÂ box made by Apple but with no channels and governed by you! But what if they built this into the TVs with new features?

Picture the scene; youâ??re watching football or cricket at home and you missed a crucial second of play. Sure, you might have Sky Plus or another interactive feature but knowing Apple, they would pull something fresh out of the bag. How about a different camera angle to re-watch an amazing goal or get a better look at a tackle? I would like to see an Apple TV provide the same specific user experience that their other devices offer. To be able to program in the kind of stats you would like to flash up on screen during the game would really enhance individual experiences.

Syncing and sharing is what Apple is all about, as long as you have all the legal avenues covered and donâ??t give them cause for a lawsuit. Having the option to sync your TV to your computer could be a great move. Being able to watch Videos, look at photos or stream your music collection from your home PC would be easy for those â??Geniusesâ?? to engineer and would make our lives easier.

People love recording themselves doing stupid things all the time. Having a camera built in would give those foolhardy people a bigger area to work with. For the more sensible among us, having a large Skype chat on the camera would be great in the comfort of our own comfy sofas, and you could get all the family in on it too!

The public want what they want when they want it, so naturally Apple should, and would presumably; want to take advantage of that. Running their own version of LOVEfilm or Netflix built into the TV could be a way to go, especially as they could let that spill over into iPhones and iPads. According to CableTVAdvisor.com,Â Building the service into the TV would bypass someoneâ??s need for other services, thus enforcing their own brand along the same lines as iTunes. They already push Netflix on their Airplay app; whatâ??s to stop them building their own?

It would be too much to ask for the entire screen to be a touch screen, and if it was, you know that your children would get their mucky paws all over it. But I have a vision of an iPad mini type remote allowing you to drag and drop items on the screen therefore personalising the home screen. Being able to connect your iPad to the TV to utilise in the same fashion is another way to go, being able to utilise apps on a large screen would be useful in both a home and office environment.

Apple have an ocean of technology at their feet to make the TVs of tomorrow. I hope they spend more time this year working on things like this and work on wowing their fans. I can see this TV in my living room, and I think you can too.

This is a guest post by Andras D., an occasional guest-blogger and a full-time media specialist. He currently works on exciting media projects in Europe.