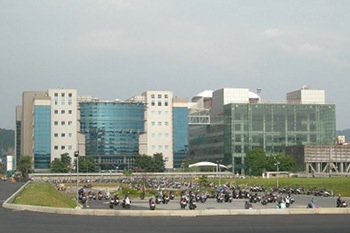 With so much choice of high end mobile devices available it can be confusing to choose. Here is a look at a comparison between these two top Apple and HTC products.

Both products made a splash when they arrived. The iPhone particularly wowed its loyal customer base with the larger screen and same iconic look. Which comes out on top on design, display and functionality though? Letâ??s have a look.

The styles are very different indeed. Both share a solidity and nice look, but the iPhone is smaller, thinner and easier to operate in one hand. It perhaps has a bit more of a premium look, as you would expect with the Apple preoccupation with sex appeal in their products. The HTC is pretty massive. Despite its size it will certainly survive a drop better than the iPhone. The HTCâ??s polycarbonate unibody would do better on this score than the aluminum and glass iPhone.

The iPhone buttons are more prominent and more responsive than the HTC One X. Neither is prone to accidental presses but usability score on this front goes to the iPhone.

Both phones have the features you would expect, such as noise cancellation and a 3.5 mm earjack. The HTC has a better system for charging though. The HTC uses the, in my opinion more sensible microUSB port whereas Apple use their own technology. On design I would give the marks to the iPhone 5 on looks and the HTC on solidity.

Both handsets feature an 8 megapixel rear camera with 1080p video recording, auto-zoom and focus and a flash. The HTC has a slightly superior front camera with 1.3 megapixels against the iPhoneâ??s 1.2.

On the display the two phones are again similarly impressive. They both sport super sharp images. The HTC ihas a 4.7 inch display against the iPhones 4 inch display. The iPhone has a more natural colour tone to their display, whilst the HTC colours are warmer. With both performing excellently outside the choice as to which has the better screen is really a personal preference.

So swiftly on to the crunch . . . My vote goes to the iPhone this time. They both do a great job, are both high end smartphones and are hard to separate on specs.Â  It is personal preference. The iPhone brand image just sways it for me and I give the iPhone 9/10 and the HTC 8.9/10.

Phil Turner has been nagged into checking out iPhone O2 contract deals to see how they compare with other iPhone deals. He is not impressed with O2â??s charges though.