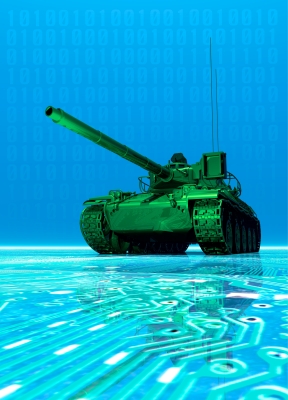 World of tanks have various angles and if you analyze them then you will find more fun while playing this game.

Analysis of World of Tanks from different angles might help the players to play it smoothly without any interruption. Let us start analyzing it:

One of the largest selling points of World of Tanks is simulation of game. When you enter the Garage, you will be amazed to see the related to your tank given by the development team. This will make you feel in a way that you are playing simulation game individually. With the use of Tech Tree, all the advanced tanks or other different kinds of tanks come out steadily. This way you are able to enjoy the growing power of these vehicles. With this you will be able to know certain things like thickness of hull armor of tanks, front, rear and sides turret which varies a lot in each side.

Most of the tanks that were involved in the 2nd world war are integrated in this online game like medium tanks, heavy tanks, tank destroyers and self-propelled guns. All the tanks in World of Tanks have different role in battles. Players can make the use of Tech tree in order to upgrade their tanks according to their game strategy or styles and get your desire one from the store. After purchasing a tank, you can match it with unique features depending upon your preference or gaming style. In this way your game will become more unpredictable after a random match which will increase the fun of your game.

This point is directly associated with multiplicity that is offered by World of Tanks. By clicking the â??Battleâ? button, you will be asked by random match to team up with others. After that both a battle between same armor level tanks and the battles between different armor level tanks are possible. This kind of situation requires various strategies and tactics even if it happens on the same map. If we look at different terrain then they also require different tactics and strategies. For an instance, it is necessary for the light tanks to be careful in an area where there is abundant laneways so they will not encountered by heavy tanks. On the other hand wider areas are more suitable for faster tanks. In this way various strategies and tactics are required to play game efficiently.

If we talk about World of Tanks players then they are those that have extreme level of military taste and are fans of Second World War regardless of the design of its various tanks or the setting of its battles. However the developer of this game always tries to optimize it realistically as well as physically, there are some places left in this game for a normal gamer to enjoy themselves. For an instance, at the time of shooting, a player needs to concentrate only at the target rather than worrying about other factors like direction wind, angle etc. On the other hand if a player is FPS fan then World of Tanks also offers a special shooting enjoyment to him which he has never attained before.

Matthew Anton has been playing World of tanks from last few years and he has good understanding of it. He loves to share some of the different aspects of World of Tanks.