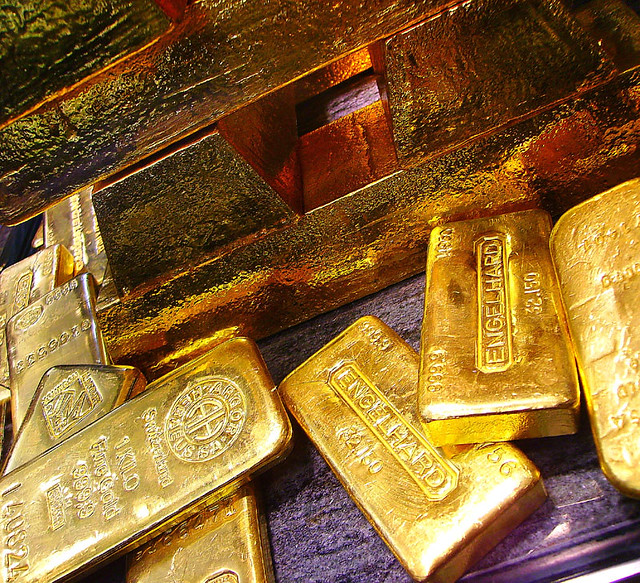 Hear that? Thatâ??s the sound of another apocalypse failing to materialise. But donâ??t worry: thereâ??ll be another along soon. Given the prevalence of Prepper sites on the internet, our statistics department has calculated that there is now one new apocalypse due every minute.

With odds like that, youâ??ve got to get lucky eventually, right? And when you do, youâ??ll be the only person in the whole of Birmingham who was prepared. But wait a minute â?? how do you ensure you have a vast enough supply of precious metals to bargain for your familyâ??s lives with when society finally breaks down? Donâ??t worry: weâ??re here to help! Provided an asteroid hasnâ??t knocked out your internet connection, youâ??ll find everything you need to know about panic buying gold below. So what are you waiting for? Don those combat pants, break out your sandwich board and prepare for the coming end.

Dig Out Your Old Cell Phones

According to reports, only 10-20% of people throw their old cell phones away. If youâ??re one of the majority that means you probably have a pile of cell phones stored at the back of a closet somewhere. And you know whatâ??s in cell phones? Gold! See, gold is more conductive than copper, meaning tech companies are using it more and more frequently in their circuit boards. The prevalence of gold in phones has gotten so great that studies reckon thereâ??s more gold per ton of cell phones than per ton of actual ore. At the moment of writing, a gram of gold is worth fifty dollars â?? which means a ton of cells (150 gram yield) would net you a cool $7,500. So check those cupboards and get badgering your friends and neighbours ASAP â?? your fortune awaits!

Maybe collecting 4000 phones and extracting their gold seems like too much hassle. What if we told you there was another way to get your hands on spare gold at bargain rates? Itâ??s called scrap gold, and acquiring it is as easy as getting on eBay. Basically, everyone you know likely has some scrap kicking around â?? it might be a bit of useless jewellery, a damaged necklace or something. Simply offer to buy it from them at a favourable rate. After thatâ??s netted you a small amount, move onto internet auction sites. There are literally dozens of sites where people will try to offload scrap gold â?? keep buying whenever you can afford to and eventually youâ??ll have yourself a nice stockpile.

Ah, the classic. Bullion is the metaphorical gold standard of the literal one â?? a nice big heavy chunk of precious metal formed in the heart of a dying star, ready for you to squirrel away or whack an intruder round the head with, depending on circumstance. All you have to do is figure out if you want coins or bars, head to an accredited gold dealership with an armful of cash and get buying. The advantage and disadvantage of bars is that they lump all your investment together in one place; coins are easier to shift about, hide in canny places or trade one at a time for post-apocalyptic favours. If you can afford to, jump on a flight to Hong Kong, where gold goes cheap as a precious metal can be expected to. Failing that, a quick trip to your local gold dealers should suffice. Just be sure to check the price beforehand.

Your average investor might be tempted to go with a certificate â?? the Perth Mint, for example, sells tradable certificates backed by the Australian government. But ask yourself how likely it is a roaming biker gang will be bought off with a piece of paper from a no-longer existent government? Maybe stick to bars instead.

Contributed by Joe McBarnicle of Policy Expert; an investing specialist currently residing in an underground bunker.