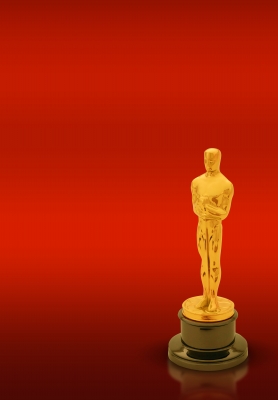 Since the first Academy Award ceremony held at the Hollywood Roosevelt Hotel many decades ago, numerous films have been celebrated for their masterful moviemaking techniques and exquisite performance. Here is a checklist of Oscar-winning movies that have stood the test of time and are worthy to be watched many times. If you are a movie lover looking forward to enjoying some of the best films in the history of cinema without stepping outside of your home, this list is for you.

Imagine a two-hour movie about a guy with serious speech impediment visiting a therapist in order to make a speech in public â?? no action, vampires, blood or nudity. You may wonder why anyone wants to watch it, but The Kingâ??s Speech, with an impressive cast and a beautifully written screenplay of David Seidler, not only found an audience â?? it won the Oscar for Best Picture in 2010.

This British historical drama directed by Tom Hooper tells the motivational story of King George VI (Colin Firth) who overcomes his stammer with the help of the Australian speech therapist Lionel Logue (Geoffrey Rush). Firth simply mesmerized the audiences with his supreme acting skills by bringing to life the historical figure whose most important speech may decide the rise and fall of an empire.

Watching the film is an absolute pleasure. Impeccable costumes and sumptuous sets complement the story, creating a true sense of history. You will also be astonished by the actorsâ?? craftsmanship; Colin Firthâ??s warm and sympathetic performance as Bertie will continue touching the soul of everyone who has watched this masterpiece.

The advent of talkies was one of the most significant developments in the history of cinema. While giving films a completely new perspective, the introduction of sound also effectively ended the careers of many of the original movie stars, as depicted in films like Sunset Blvd. Directed by Michel Hazanavicius, the film brings the audiences back to the 1920s Hollywood and tells the story of a silent film star and a rising young actress. It not only made the actor Jean Dujardin win numerous awards for his lead role, but won the most coveted Best Picture in the 84th Academy Awards.

The striking thing about The Artist is that it lovingly pays homage to the pre-sound cinema by being a silent film â?? at least a silent film for the first half of the story. This is a contemporary classic suitable for those with retro film nostalgia. If you would like to spend a quiet Sunday afternoon with a film without frequent action sequences or complicated storylines, this black-and-white romantic comedy is perfect for you.

Nominated for 11 Oscars and winning the Best Director and Cinematography, Life of Pi was one of best films in 2012. Director Ang Lee has shown his unsurpassable cinema mastery by taking this seemingly impossible task â?? making a film with water, kids, animals and 3D, all of which are believed to be the taboos in the filmmaking business.

Based on Yann Martelâ??s best-selling novel with the same name, this shipwreck story discusses the struggle between the divine and brute parts in humanity. After losing all his family in a shipwreck, the boy Pi survives in a life boat with a Bengal tiger named Richard Parker. Caught in the middle of the ocean, the two start a seven-month odyssey during which intelligence and courage are called for to fight against the natural environment. At the same time, humanity has been tested.

Audiences will not only enjoy the engaging story and its philosophical depth but will be astonished by the visual mastery as well. Whether watching it alone or with your family, you will find this cinematographic epic touching your soul long after the film ends.

This is a good time to revisit Victor Hugoâ??s historical classic. After numerous adaptations in cinema, radio, TV miniseries and musical, Tom Hooperâ??s reinterpretation of Alain Boublil and Claude-Michel SchÃ¶nbergâ??s musical attempted to adapt one of the greatest epics to the contemporary screen. Set in the backdrop of the political turmoil during the French Revolution, the film follows the former convict Jean Valjean (Hugh Jackman) and the duty-driven lawman Javert (Russel Crowe), both of which suffer from the conflict between their civil duties and moral sensibilities.

Despite the lack of depth compared with the original story which may due to time limitation, the picture is full of fine performances, especially Anne Hathawayâ??s single-take â??I Dreamed A Dreamâ? song (it is every bit as terrific as you can imagine). If you are living in an area surrounded by natural environments you can even enjoy the beauties of nature in your garden while listening to the soundtrack from the film.

Another sure-to-be-talked-about film in the 85th Academy Awards is the Austrian filmmaker Michael Hanekeâ??s Amour, which also won the Palme dâ??Or in the Cannes Film Festival, following the directorâ??s triumph in 2009 with The White Ribbon. Starring Jean-Louis Trintignant and Emmanuelle Riva, the film features an elderly couple, both of whom are retired music teachers in their 80s and struggling to cope with a series of effects of aging and dementia.

It is a â??moving, terrifying and uncompromising drama of extraordinary intimacy and intelligenceâ?, as The Guardian puts it. The film explores the question of what will survive of us when our lives fade away, and what the word â??loveâ? means.

Yuan Liu is a freelancer who believes that the development of modern society should comply with nature, a good example of which is Stocklandâ??s Selandra Rise community in Melbourne.