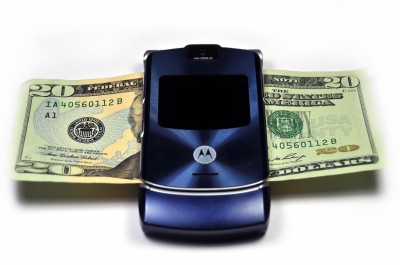 In the current economic climate, people are looking to make savings wherever they can. Unsurprisingly, your cell phone could be one of your biggest monthly expenditures – but it needn’t be. Although communication technology can be expensive these days, there are a number of ways you can cut your bills and save money.

Smart phones have become like fashion accessories to many – but a considerable number of users are deciding to shun modern technology and opt for a cheaper option. Although it’s understandable that you might want to try and keep up with your peers and look cool with the latest smart phone, it’s not always necessary. You could find yourself paying considerably just for the privilege of that fancy new handset.

This one’s rather obvious, but you’d be surprised how many people use their cell phone far too often, racking up extra costs and call charges when they don’t have to. Lots of contracts these days provide free calls and data bandwidth limits, but if you go over your allowance – the fees can be exorbitant.

Especially as phones have now become a popular way to access the internet – many users are finding the hidden bandwidth charges are really starting to cost them money each month. Here’s something you might not be aware of – you’re smart phone can connect to a local wi-fi network to access the internet instead of using the cell phone network. This means that you can surf for free and avoid your network’s service charges. You’d be surprised how many people use their phone to make calls when they’re sitting at home, only a few metres away from a landline or desktop computer. You could quite easily use a more traditional method of communication to save those additional cell phone costs.

Get the right contract

Contracts can be expensive, but they needn’t be. If you’ve already got a handset, you might find a cheap offer somewhere. That’s because most contracts include the costly price of a new phone in their monthly charges – you’re just paying it off over a longer period of time rather than up front. Some pay as you go contracts mean you only need to pay for calls as and when you use them, rather than every month. For people who use their phones less – this can be one of the best ways to save money.

Get a cheaper phone

As the cost of the phone is normally bundled into your monthly contract, you end up paying way more than you should – especially if you want a fancy new smart phone. If the coolness of your new handset isn’t as important to you, you could find yourself some big savings by opting for a cheaper model.