Tux, the official mascot of Linux.

Linux is an open source operating system that was first developed by Linus Torvalds in 1991. Since then Linux has become very popular and is being used by consumers and corporations around the world.

The nature of Linux being open source gives anyone the ability to change the code, update it, and even sell it. This allows the operating system to always be centered on the user and provides the utmost customization.

One of the most popular Linux distros for home users is Ubuntu, which is what this article will focus on. There are other distros out there such as Mint, Fedora, Arch, and Gentoo which are very similar but serve different purposes.

Linux is very different from an operating system such as Windows. It is much more fast and reliable, and uses less system resources. You can change anything to your liking in Linux. The operating system is also more secure than Windows or Mac OS X.

Although Linux is free to use it doesnâ??t necessarily mean it is as awesome as you think it may be. Linux cannot run the same programs that Windows or Mac OS X runs; and there is also a lack of consumer applications. Ubuntu may advertise that it has an impressive market, when it is really not so impressive. Gimp replaces Photoshop, Blender replaces Maya, Audacity becomes your music editing program, and so forth. These programs are all free but free isnâ??t always better.

Designed by Geeks for Geeks

Linux was started as a hobby and creating a new operating system is often the hobby of computer nerds. Although recently many Linux distros have started to offer â??app marketsâ? where you can install apps with one click; Linux still remains hard to use for the average user. Sometimes you will download an application and it will look like this appname.tar.gz. You canâ??t click on it to open it. That doesnâ??t work. 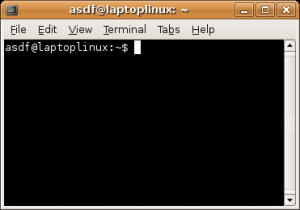 Instead you have to go into the command prompt (terminal), navigate to its location, unzip the file using some parameters, and then become superuser and install the application. You donâ??t have to be a computer wiz to find out tutorials for this sort of stuff, but itâ??s so simple and so annoying you will be turned off by it after a while.

If you want to understand the dilemma of free software, think of a freelancer that wants to work for you for free. He claims he has no portfolio but he will work for free, he doesnâ??t want to intern, just work for free. Sure it sounds great but it makes you wonder about the quality of work you will actually be getting. After all if he is so good then he must be worth your money.

In a similar case when I first started graphic designing I was very inexperienced. When I would submit my work I would often include many variations and other ideas. I would do the same with web designing. Linux is similar in this way because it has more than two different graphical user interfaces. You can download distros in KDE or GNOME GUIs. Since so many people work on Linux distros, and there is noÂ mothershipÂ overseeing everything, most of the time many different variations are created and implemented.

Of course I learned that when I submitted my work only one design should be good enough. Same goes with operating systems. Think about iPhones, they have the same distinct look every year rather than the hundreds of non-iPhone products that come out with so many useless variations. 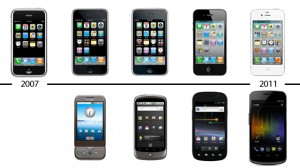 It has long been believed that Linux users make up less than 1% of computer users (statistics agree, but Linux lovers don’t). While I agree with this percentage for consumers, it doesnâ??t really represent the corporate use of Linux. As of August 2011, more than 60% of servers were being run on Linux.

More than 90% of the top 500 supercomputers in the world run Linux.

So who is Linux for?

I would say that Linux is not ready for the public masses and will probably never be. Although it used to be advertised to regular consumers as a ploy to increase Linux users, people just ended up frustrated and reinstalling Windows. In my personal opinion I think Linux is for people that want to experiment with operating systems, need to revive an old machine with a less intensive OS, or are able to put in the work necessary to learn more about Linux. Also if you are only using your computer for music, movies, word processing, photos, and internet browsing, then moving to an operating system such as Ubuntu would make your computer usage more secure.

Linux is advertised as really safe from viruses and malware; although this is true, Linux doesn’t directly control how secure it is. Mac OS X also claims the same thing. The truth is they are secure because only 10% of computer users use Mac OS X, and 1% use Linux. It is called security through obscurity.

Would a hacker waste his time writing viruses that will only work on less than 1 out of 10 machines, or even worse, 1 out of a 100 machines? So for now if you value your security then moving to Linux may be a smart move; but the more the user base grows, the more security will decline. (Please don’t start using Linux in that case 😀 I like not worrying about trojansÂ and what not.)

Everything is made for a purpose and I don’t think Linux is made for the average computer user. There is no question though when it comes to running a server, Linux is superior.

Linux fanatics might complain that automobiles are designed forÂ idiotsÂ who do not want to learn anything about their car, and for idiots who areÂ too lazyÂ to perform work on their car. But a more accurate description is that cars have becomeÂ so advancedÂ that we no longer need to learn much about cars in order to use one. Today, even a child can drive one.

Young children with no computer skills can turn on a Macintosh and perform useful tasks without much training. Windows is [just] as easy to use. However, Linux isÂ so stupidÂ that the users must learn about operating systems and then help Linux function.