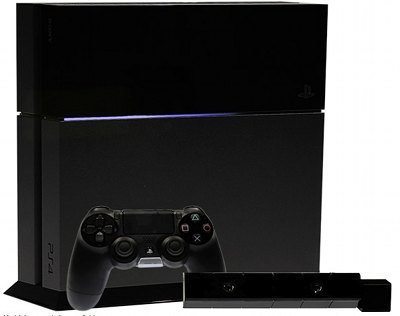 Every five or so years, comes a landmark time for gamers: the release of a new games console.

This year, weâ??ll be lucky enough to enjoy two new major games console releases, making 2013 a mouthwatering year for technology enthusiasts worldwide. The PS4 will go head to head with the Xbox One, in the biggest tech battle of the decade so far. Here is a sneak peak into what we can expect from both.

The first thing that must be mentioned in regards to the Xbox One and PS4, is that Microsoft and Sony have actually pitched themselves quite differently. Microsoft have shown us the Xbox One and its controller already, while talking a lot about the multimedia aspects of the console and not so much about the games.

Sony on the other hand, have only showed us the controller and based much of their marketing campaign around the games and titles that weâ??ll soon be seeing on PS4 consoles.

We expect this to turn on its head pretty soon however, with Microsoft talking about its game titles and Sony showing us what the PS4 looks like.

RAM is going to be a really important battleground. Thereâ??s already a lot of talk about the PS4 using GDDR5 RAM (a type of high performance graphics card memory designed for computer applications requiring high bandwidth) and 8GB of it. The Xbox One also has 8GB of RAM, however it is using DDR3, which is a bit slower.

How much of an advantage this will be for the PS4 will depend on developers and whether they will use the PS4â??s extra memory to really do something impressive. In essence, we probably wonâ??t see too much of a difference when playing games on both consoles.

A consoleâ??s controller is obviously a major part of the gaming experience.

At the PS4 launch event, Sony did not show the console but spoke a lot about the controller. We know that game developers such as Evolution Studios (the team behind MotorStorm and Drive Club) had a say in the controllerâ??s design. The gamepad also has a cool touchpad, which will offer a range of new ways for interacting in game, though we havenâ??t seen that used to its full potential yet.

With the Xbox One controller, there arenâ??t actually too many differences between that and the Xbox 360 controller. A few tweaks have been made however, such as differences to the D-Pad, while the home button has been moved up. One nice new feature is the impulse triggers, which offer a whole new set of vibrations inside the trigger.

A big thing this generation of consoles will be competing in motion control. The Xbox 360 obviously had real success with Kinect, whereas the PS3 Move faded into the background a little bit. Sony will therefore be very aware that in the PS EYE they really need to prove theyâ??ve nailed it. Saying that however, the Xbox Kinect looks like itâ??s really improved in this generation. It has a much better camera, which can not only deal with more people at the same time, but also deal with smaller rooms.

Itâ??ll be really interesting to see if the PS EYE can compete with Kinect, with Visopix Android TV and other innovations proving the importance of internet entertainment television systems.

A big win for the Xbox One is the exclusive content itâ??s been promised. Microsoft has said that theyâ??ll be fifteen exclusive games coming to the console in the first year, eight of which will be brand new intellectual properties. EA has also said that FIFA 14 will be getting some exclusive content on the console, and we know that Call of Duty Ghosts will receive its download content to the Xbox One before anyone else.

The PS4 on the other hand, also has a range of exclusive titles, such as Drive Club and Kill Zone ShadowFall, which is promising to be a great game. There was generally a greater range of games shown off at the PS4 launch event to get gamers excited.

Itâ??s really interesting that both, PS4 and the Xbox One are going to use an AMD chipset. In GPU terms, the PS4 has gone for quite a powerful option. The Xbox One however, has gone for a system on a chip option. We do not yet know which one is better than the other however, and the games will pretty much end up looking very similar across both of them, because the developers wonâ??t want to be concentrating on one platform or another.

Have you already made your choice concerning the Xbox One and PS4?

John Smith is a free-lance writer in London passionate about gaming and technologies.