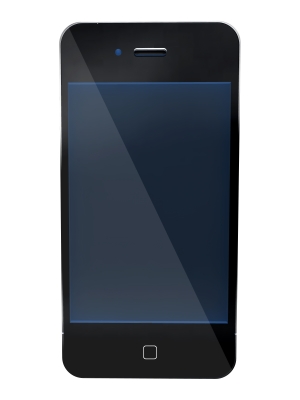 Jailbreaking a phone means removing the restrictions put in by the manufacturer. It gives you more control over your affairs, but at the same time you have to take responsibility for practically everything.

Jailbreaking isnâ??t for everybody. For some people, it can even make things worse. Here are some of the reasons why you might decide against going through the jailbreaking process.

Bricking is where your iPhone passes out. It faints and decides not to work any longer. You can easily fix this by wiping the whole phone and starting again, but this is a hassle. Thereâ??s no telling when it will brick or whether it will brick at all. Itâ??s practically a lottery. If you donâ??t want to have to do anything else once youâ??ve jailbroken your iPhone, itâ??s a good idea to avoid jailbreaking.

Did you know at one time it was illegal to tamper with your iPhone in this way? Whilst nobody was prosecuted it sent everything underground.

Itâ??s still underground because Apple will have nothing to do with a phone which has been tampered with. If youâ??ve decided to mess around with it you lose your warranty. They wonâ??t fix anything if you break it. You can still do this after your warranty has expired, though.

Most people have some sort of data cap. If they go over this data cap they have to pay more. A phone which hasnâ??t been jailbroken will automatically enforce these caps to stop you from going over a certain limit. Remove the restrictions and you need to take care to measure how much data youâ??re using. Unless you have an unlimited data plan, you could see your monthly bills double as a result of playing around with the inner workings of your mobile device.

Like with anything produced by a community unconnected to the original manufacturer, thereâ??s the possibility of having to deal with bugs. These bugs can appear anywhere and they can take an unlimited amount of time to deal with.

A few years ago there were complaints the FaceTime feature was disabled on jailbroken phones. It took quite a while to find the source of the problem and fix it. With new features appearing with the new iPhone 5S, this could happen again with the biometric finger scanners. It could happen with anything.

You have to be prepared for bugs, especially if youâ??re jailbreaking a phone which has recently been released. If you want everything to work well without any problems, thereâ??s no reason why you should be manipulating your iPhone.

There are security concerns regarding these phones. You have to take responsibility for your own security. Hackers have managed to implant malware on these phones before and steal information. If you enter personal information, for example if you shop online, itâ??s very unwise to expose your phone in this way.

Itâ??s much safer to avoid jailbreaking your phone altogether. You have to ask yourself whether the risks of having your privacy compromised are worth a few extra apps and more control.

This article is authored by Victor Green, a professional blogger and a tech aficionado. He shares technology and gadgets related tips, advice and reviews. He says he recently purchased an iPhone 4s from ebay.com and is in love its amazing features.