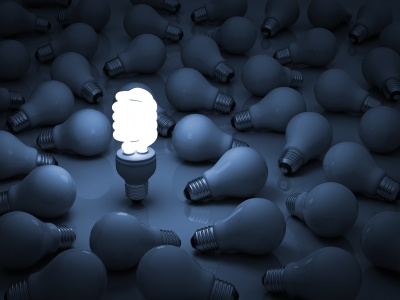 Working on the computer at night is preferred by many programmers. But why is that so?

One of the most popular jokes about programmers is the one that they are robots, which are able to convert caffeine into a code. And indeed, many of them truly admit that they prefer working during the night, drinking one cup of coffee after another.

Some research data show that some developers prefer to start working really early. They like getting up at three and start working at four in the morning before the everyday rumpus has begun. Then they work until three or four o’clock in the afternoon and go to sleep in the early afternoon. How can we explain this behaviour?

The primary motive for this behaviour is the fact that working at night allows most programmers concentrate and this can be helpful if they want to ignore all the disturbing and distracting factors that may occur during the day. Here is a list with a few reasons that can turn every lark into an owl, especially when it comes to programmers and developers.

There are basically two types of work schedules. The first one is the traditional management schedule that helps you “cut” your day into certain fractures. However, ten minutes of distraction or unproductiveness here can cost you a lot, turning your work day into a nightmare. The other schedule you can work on is the so-called “maker’s schedule”. This is the personal working schedule of people who work in the field of art or create something themselves.

When it comes to the programmers, they may be considered as creators, too because their work on large abstract systems such as computer programmes requires the ability to systematize a large amount of information. And this, on the other hand, is complicated and requires a lot of energy and attention, because missing even one component could damage the entire system. The fact that the levels of distraction coming from the environment that surrounds us are minimized during the night, is actually one of the main reasons why most programmers prefer working then.

No matter what they say, programmers are people after all and exactly like most of us they are programmed to work during the day and sleep during the night. Then why do they prefer to use the night than the daylight hours when their brains are supposed to be most acute and productive?

The answer here seems to be kind of paradoxical. It turns out that when our brain is tired, it does not waste any energy on any other activities than trying to work properly. This phenomenon actually helps programmers focus during the night and make them more productive and concentrated on their tasks.

Although the whole mechanisms itself is not simple at all, this factor can be explained easy. If you are used to staring on you computer screen during the night, this will definitely change your whole biological clock, which means that your mode of wakefulness and sleep will be changed. After this happens, you no longer realize that you are tired at 3 am for example. And if you go on and on like this, your whole rhythm of life will be changed in a way that helps you stay awake at night.

The most interesting thing is that your cycle of wakefulness and sleep will not be changed completely. However, this is also something that helps most programmers work at night and sleep during the day.

Author Bio: Morgan Johnes’ big love is reading and learning about business and education. He works at BinaryTribune and he is really happy. He love to write for blogs.