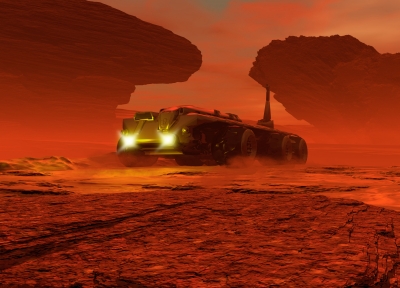 A Dutch company has announced acceptance of applications for its project ‘Mars One’ which aims at having a small colony of 24 to 40 people living on Mars by the year 2023.

The company is aiming to send the first batch of human settlers to the red planet with the first trip to be launched sometime in the year 2022. The spacecraft would land in Mars seven months later. For the to-be-inhabitants of Mars, the trip is one way. There is no spaceship that will bring the settlers back. They have to stay on and live forever in Mars.

Mars One Project – Who Can Apply

The registration process has been set rolling two weeks ago and an estimated 80,000 applicants have already expressed their willingness to live and die on Mars. However, all applications are not going to be accepted. The applicants are required to meet strict pre-qualifications if their applications have to be accepted.

Any applicant should be over 18 years of age, must not have any disease and should not be addicted to alcohol, drugs, or tobacco. They must have perfect vision. (If not, they can wear contact lenses to correct their vision.) Their fitness level must be good and they must have a height between 5’1″ and 6’2″. They should also be smart, motivated, positive, emotionally stable, creative, and have the ability to adapt and teach. They should be ready to survive under any and completely unpredictable conditions that may occur.

Registration is open until the 21st of August 2013.

Mars One Project – The Training

Though anyone aged 18 or above can apply, the applications will be critically examined before deciding on who the astronauts are going to be. It is expected that this process will stretch into the year 2015. The selected candidates (24 to 40 of them) would then be trained rigorously for a period of seven years in streams such as dentistry, general medicine, emergency medicine, biology, engineering and mechanics before being catapulted into the barren planet.

The live-in modules where the humans will spend their days in Mars will be set up by robots before the humans reach there. It is also proposed that more groups of people would be sent up every two years after the initial batch has settled down.

The $6 billion project is purportedly being funded through a media event which will show the would-be passengers being trained for the mission. Though more details are awaited in this regard from the Dutch company, Mars One has said that it would resemble reality TV but would be more educational than a sensational and attention grabbing effort.

The idea of traveling to Mars and settling down there seems to have caught the fancy of a number of people. Another aerospace project by name of Inspiration Mars, funded by multimillionaire Dennis Tito (he spent $20 billion to live in the ISS for a week), is planning a trip to Mars, but with a difference. It would be a flyby trip and the spacecraft would not land on the planet. NASA is also planning to conduct a space trip to Mars soon.

Josie is a passionate blogger and loves writing about science and technology topics.