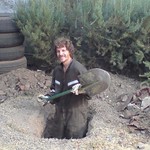 Most of us would be too scared to actually risk a prison break attempt. With increased surveillance and security technology, it canâ??t be an easy feat. Nowadays, one might think an escape from justice is more likely to take place in the court room with the help of lawyers in well-cut suits.

The man who dug his way out with a spoon

The most recent outbreak on our list was from Moscow’s Matrosskaya Tishina prison, which involved a creative use of cutlery. On the 7th of May, 2013, Oleg Topalov escaped by breaking into the ventilation shaft in the ceiling above his cell, presumably using nothing but a spoon.

After finding himself on the roof, it was simply a hop, skip and a jump to freedom. From the two-story cell block he leapt onto the main fence, and then out the prison grounds.

Topalov was charged with the murder of two people, and illegal arms trafficking as part of an organised gang. He now faces an additional four years in prison because of the escape attempt. That is if he can be caught again.

On December 13, 2000, seven convicts on death row somehow managed to muscle their way out of a Texan prison against all odds. While weâ??ve come to expect ingenuity and creativity from prison escape stories, the main strategy of the â??Texas Sevenâ? seemed to be to point to something behind guards and say, â??Hey, whatâ??s over there,â? and then subdue them with makeshift weapons. Theyâ??d then bind and gag them, and of course take their uniforms.

Sounds pretty much what youâ??d expect from a made-for-TV movie with little to no imagination. Nonetheless, it worked. Till one of the biggest man hunts in American history, and a little help from Americaâ??s Most Wanted, landed all seven back in jail a few weeks later. Today, one of the men has committed suicide, one has been executed, and the remaining five are still on death row.

The Mexican wave of escapees

More than 130 convicts escaped out of a Mexican prison into a town bordering on Texas in September 2012. Thatâ??s a whopping fifth of the Piedras Negras prison population. They escaped through a 21 foot long tunnel and into a neighbouring property.

Amazingly, this was not the biggest break out in recent Mexican history. In December 2010, 153 inmates escaped from a prison in the northern city of Nuevo Laredo, also near Texas. 41 Guards were charged with aiding the inmates in their escape.

The man who flew off into the sunset. Twice.

In 2001, facing a 30 year sentence for killing an armoured truck driver, Pascal Payet clearly had had enough of the Luynes prison in France. So he organised for some buddies of his on the outside to hijack a helicopter and give him a lift to a place better suited to his tastes.

Two years after being picked up from the roof, Payet returned, again via stolen chopper, to evacuate a few friends still on the inside. This second insult was possibly too much for the prison authorities to bear. They managed to recapture him, and for the next few years, the daring Frenchman was transferred to a new prison about every three months so as to keep him from another escape.

That is until July 2007, when on Bastille Day â?? a national French holiday celebrating the storming of the infamous prison â?? a helicopter carrying four masked men landed on the roof of Grasse prison in Southeast France Day. And Pascal Payet was never heard of again.

If you were facing a long prison sentence, would you actively try to find a way to escape? Nowadays, with all the advances of security control room operations, and how much more difficult it is to simply disappear in the outside world, most people would probably think twice. Except for the daring few with nothing left to lose.

Queenie Bates is an avid reader, researcher and writer, currently based in Cape Town, South Africa.