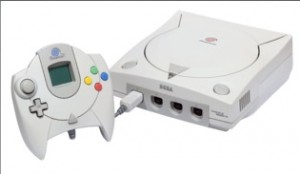 Sega has been around for a very long time. During the 1940â??s during World War II, technology was moving at the speed of light.

A Sega forerunner was born during this time as a company called Standard Games which provided entertaining games for military bases. After World War II, they continued to produce games for the civilian market, and changed their name to Service Games of Japan in 1952.

During the 1950â??s this gaming company continued to produce games. In the 1960â??s, Service Games merged with Rosen Enterprises to create Sega Enterprises. They released a game called Periscope which was a huge success. In 1976 SEGA actually produced a widescreen projection TV, but the rights were purchased by Sony. In addition, the laser disc was first used in a Sega arcade game as well. Sega produced some of the most popular arcade games, before ever making a major splash in the game console market with the release of the Sega Genesis in 1988. However, Sega did produce the SG-1000 console in the early 80â??s which created more than $200 million in revenue. It was released the same day in Japan as the Famicon System; which released in North America as the Nintendo Entertainment System (NES).

When it comes to classic consoles, many adults today can remember having Sega envy as a kid. These were the kids that purchased an NES before the Sega Genesis was released. The Sega Genesis had a 16-bit processor while the NES was only 8 bit. The Sega Genesis had a sleek black console with curvy black controllers. The Sega Genesis had a more powerful processor which allowed it to produce much better graphics. The NES was the former console king blowing away the Atari 2600. However, the Sega Genesis was a better technology than the NES and it showed. Not much later the Super NES marked the end of Sega graphics supremacy due to the 16-bit Super NES having double the memory. However, Sega games were never forced into that cutesy childish style, or made family friendly. Sega games were more hardcore, more edgy, and cool; while Nintendo always produced family friendly content. The Super NES even released a version of a very bloody game known as Mortal Kombat, but it showed green slime instead of red blood. This was censorship from Nintendo while Sega was providing a platform for games such as Friday the 13th, Splatterhouse, and the uncensored Mortal Kombat.

Sega Game Gear was another envy causing system for those kids deprived of Sega consoles. How dare Nintendo force kids to play black and white games on a Nintendo Gameboy! The Sega systems were more expensive than Nintendo. However, the Sega Game Gear was portable, and it had a color screen! The Sega Game Gear proved to be a battery consuming monster. This caused it to be expensive to maintain for portable use. Sega continued to produce other gaming systems over the years battling against Nintendo, Sonyâ??s Playstation, and Microsoftâ??s Xbox. Sega produced further generations of their consoles including the Saturn, and later the Sega Dreamcast during the 90â??s. However, in 2001 they shifted to software development and ceased from producing hardware console systems. This shift was caused primarily by several straight years of profit losses due to the huge success of Nintendo, Sony, and Microsoft consoles.

Currently, Sega is still producing quality software for various gaming systems. Their Sonic the Hedgehog series of games have never ceased from being one of the most loved gaming series. Bayonetta is a modern cult hit with Sega being the franchise owner. Bayonetta 2 is currently scheduled for a 2014 release, and itâ??s sure to be a huge success for Sega.