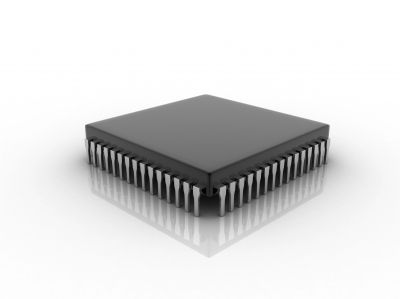 The Mobile World Congress 2012 held in Barcelona Spain identified the 5 most important trends for Android technology. Let us take a peek to the trends that would be shaping our Android experience.

1. A Shootout Between Multi-Cores

It was late 2011 when NVIDIA announced the coming of Tegra 3, a quadcore ARM chip that has serious process powers. It indeed impressed technological buffs all around the world. It also had a new and almost equally new powerful companion core named 4 PLUS 1. However, a few months after the release of Tegra 3, it already felt a bit less than a top dog.

At the Mobile World Congress this year, Qualcomm revealed the first devices running in their Snapdragon S4, a dual core chip that was also benchmarked from the neighboring Tegra 3. On the other hand, Nvidia remained with the architecture of Cortex A9 and decided to just increase the cores in Tegra 3. Qualcomm emerged with a new architecture for its core called Krait, and it is set to compete with the future generation cores of Cortex-A15.

What this â??shootoutâ? of multicore just showsÂ  we would be expecting faster smart phones with impressive processing rates.

The 2012 Mobile World Congress marked the end of the qHD (960×540) and the beginning of the 720ps. Just last year, we were all buzzing about the screen sharpness and details of the qHD phones, this qHD 4.3 inch design for screens is the most common configuration for smart phones (high end ones), but now itâ??s the 720p that would be reigning.

The technology enables making HD screens in various types, it also allows manufacturers to equip Android phones with larger panels. Before, if they go for larger panes (bigger than 4.3 inch) the pixel density would start to go bad, now with screens equipped with 720p technology, things stay crisp and tight.

In the U.S., LTE has now become the standard, it has now become a feature for flagship phones to be launched in North America. Almost all major carriers and service providers would have the 4G LTE legacy with them, even the countryâ??s smallest carrier is set for LTE this year.

High end tablet buyers who can afford the â??additional expenseâ? have the choice to buy great tablet devices such as the Asus Transformer, but those not able to afford the â??additional expenseâ?, such choices might not be available. Not for long, because affordable tablets such as the Transformer Pad 300 are available and is an affordable version without sacrificing the quality of specs and internals.

If you are wondering if the Android market would ever come to a halt or a slowdown, well the news is it is not, and this event is not foreseen to happen just yet. In 2011, Google has seen 700,000 activators for Android per day, there are about 850,000 users activating Android devices daily. The stats reveal a staggering 250% jump year after year.

This article is a contribution of Mac Wiley, writer of articles on mobile phones, gadgets, tabs, and technology. Aside from technology articles, Mac also writes articles on eCommerce and online business management including online marketing strategies such as online reputation management.