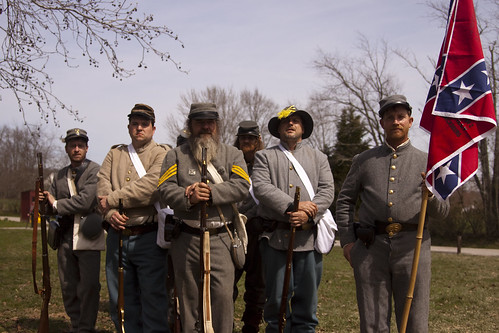 Human history is marred by conflict, and sometimes it’s between factions in the same country. Civil wars tear apart families and friends based on religious, political, or cultural differences.

The definitions of just what makes a civil war as opposed to empire building or revolution differ. This article will address the five most deadliest civil wars of all time in the context of different definitions.

The An Lushan Rebellion

During the Tang Dynasty in China, former general An Lushan named himself emperor and started the Yan Dynasty in Northern China. The rebellion turned into a civil war that lasted from December of 755 through February 763. The conflict killed an estimated 30 to 35 million people, a huge number for that time period which represented almost 15 percent of the total world population.

The Taiping Rebellion, The Dungan revolt

The Taiping Rebellion began in 1850 after Hong Xiuquan, a Christian, declared himself the brother of of Jesus Christ. His followers began a civil war in Southern China that killed an estimated 20 to 30 million people. While that conflict was raging, the Dungan revolt began to the north in 1862. It lasted until 1877 and saw casualties of around 10 million.

When Tsar Nicholas II was deposed as Russia’s leader in 1917, a provisional government was set up that was toothless and doomed to failure. Only a few months passed before the Bolsheviks seized power under the leadership of Vladimir Ilyich Lenin. Supporters of the old regime, backed by Great Britain after the end of World War I, fought the Bolsheviks savagely.

Before Lenin and his supporters completely consolidated power in 1922, about nine million Russians had died. The Russian Civil War helped Josef Stalin get into a position to centralize his power after the death of Lenin, bring more misery to the Russian people.

It was the first hot conflict of the Cold War between the Soviet Union and the Western powers, and it was also a civil war. Japan occupied Korea, and the fate of the Korean peninsula was decided by the Allies before the end of WWII. The peninsula was divided, with a Stalinist regime in the North and an American-backed government in the South.

The people of the country found themselves divided, much as Germany was. The desire for reunification came to military action from 1950 to 1953, just five years after the end of WWII. The conflict drew in forces from many countries under the auspices of the United Nations fighting with the South, and China for the North, along with Soviet military equipment. When it was over, there were at least four million dead.

The second civil war in Sudan came just eleven years after the end of the first. It raged from 1983 to 2005 and cost the lives of an estimated two million people. The British administered Sudan as two separate entities as colonies, but unified them in 1946. The terms of the unification were seen as detrimental to leaders in Southern Sudan.

The discovery of big oil deposits in the South further increased tensions until a civil war erupted. The ramifications of the unrest still influence the region, and further conflict is not out of the question.

Joe Ramsey is a military historian and guest author at MilitaryEducation.org, a site with guides and information about the best military friendly colleges.