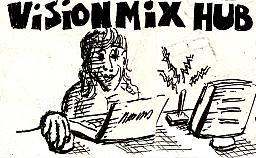 So while many of us enjoy some downtime with a console, a PC or a gaming device, there are some who take things to whole new levels.

Imagine walking into a shop and visualizing action prompts in front of different items, or seriously giving thought to some rooftop parkour while looking out your office window.

From seeing health-bars above the heads of your friends to thinking youâ??ve got four response options to someoneâ??s question, itâ??s interesting to think about the ways that games affect the everyday lives of â??gaming addictsâ??. Below are some of the more humorous side effects to being a full-on digital junkie!

Some of the more die-hard gamers out there make furniture and even house purchases that centre on their PC/console. Think wide living-rooms to accommodate over-the-top surround sound systems and wall-space for TVâ??s so big they belong in a cinema.

These gamers are probably the time whoâ??d invest in a top-rate leather couch purely for its capacity to be sat on for periods of eight hours or more.

A little too much, perhaps?

2.Â Â Â Â  Sore Fingers, Wrists and Back Are Part of the Job Description

Depending on whether you play a console or a computer, the exact parts of an addict-gamerâ??s body that are aching from abuse might vary.

In consoles it tends to be the thumbs and some of the fingers, which are relentlessly pushed to their boundaries every time a gaming binge occurs. Â For PC gamers it may be the wrists taking the beating, aching as they perch either over the keyboard or on the mouse.

Câ??mon guys: all this working out of the hands is great and all, but youâ??re going to look pretty ill-proportioned in the greater scheme of things!

For some it might be the Wii Nun-chuck, for others the Xbox Kinect, and for some it could be both. When a friend tells one of these gamer-tragics to come out for a round of tennis, golf or even soccer, they go straight for the controller and say â??we can do it at mine!â??.

If you too mistake an invitation to play sport as meaning to play a sports game, then its time to get out moreâ?¦

If the sight of light that isnâ??t artificial causes you to cringe, then youâ??ve probably been spending way too long on the gaming couch. It must be the contrast of dark rooms with glowing display screens that does it, or maybe itâ??s just that youâ??ve spent far too long with the blinds drawn.

Why not kill two birds with one stone and head out for that actual game of tennis? Not only will you get a chance to practice your real-life back hand, but youâ??ll also get a healthy dose of that nourishing, nourishing sunlight!

5.Â Â Â Â  Using online names as a substitute for your real one

If you ever find yourself requesting that people at social functions and at work refer to you by a screen name, alarm bells should be wailing! You donâ??t need people to know you by a message board name; your original name will do just fine.

Remember to keep a healthy distance between who you imagine yourself to be in the gaming world and who you are in real life. Donâ??t let the games take over your real-life persona.

Once youâ??ve finished that last six-hour stretch needed to complete Fall-Out 3, turn off the console and do something else! Another sign that youâ??re becoming far too attached to your games is when, while doing other things, the prospect of more gaming occupies your mind.

What might help those who game too much is if they draw a line between â??gaming timeâ?? and â??other timeâ??, where the latter involves no thinking of gaming at all. That way when you come back from the real world, you can put all your time and focus back into the world of your characters and avatars.

If youâ??re the type who heads down to a game-shop and waits hours in line to receive the latest offering from a studio, then youâ??re taking games a little too seriously. Letâ??s be honest about it: does it really matter that much if you have to wait a couple of extra days to get that new game title?

If it does, then you need to be doing more non-gaming activities in your spare time. That way, when youâ??ve gone out, seen friends and played some sports, there will be enough copies of the game in that you wonâ??t have to queue up at all!

While itâ??s fine to make friends through the various gaming networks, forums and community boards out there, your strongest connections should always be the ones that you actually see. If youâ??re not planning to meet up with any of your online gaming buddies, then you need to factor those limits into your friendship with them.

Gaming buddies can be great friends, helping you out with advice about games and things beyond games, but remember not to forget the people who actually physically co-habit your house, your university or your work.

James Markson is an IT student at the University of New South Wales. He is a reformed â??problem-gamerâ??, but he still enjoys the joys of consoles thanks toÂ Flexirent.