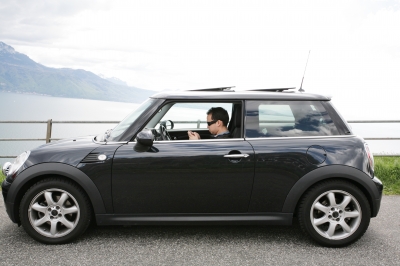 Smart phone apps are very popular today. But, this is no surprise considering how useful they are. There are very many advantages of having a smart phone than many people realize.

Actually, only a few people get the full advantage of these mobile phones. Among the main advantages of smart phones is that they offer you several different ways of communicating with people. Besides text messaging and phone calls, you can communicate through instant messaging, email and chat.

However, the best of all is that a smart phone lets you access many apps, greatly increasing the number of things that can be done with your phone. Actually, a smart phone is just a portable computer with an operating system can run most computer programs. There apps are for different things, for example, weight loss, home security, home buying, management of finances and even checking your productivity. Today, there are more sophisticated smart phone apps. There is even a new smart phone app that can replace your car key. This might sound unbelievable but read on to know more about this amazing app.

Your current smart phone might order your groceries, boost your share portfolio and warn of parking officers, but soon Apple’s iPhone might replace your car keys effectively. General Motors is currently working on an iPhone and Google phone app for some of its vehicles sold in the U.S. The phone application will let drivers activate every traditional key fob feature, including opening the boot and unlocking the doors.

There will be a remote start function, as well, that could prove helpful for warming up the vehicle on those cold mornings, especially during winter (or even cooling it down in summer). Also, if you cannot remember exactly where you parked your car, you can set off its lights and horns at the simple touch of a button for it to alert you to its location.

This smart phone app, which is expected to be available in a few months, will show a vehicle “health report” as well, which will include information such as oil life, fuel range, tyre pressures (no extra hardware needed as it is compulsory for all U.S-made vehicles to have tyre pressure monitoring systems installed) and a lifetime breakdown of standard fuel economy for the vehicle.

Unfortunately, this smart phone app will only be obtainable in the United States, China and Canada, with buyers of Cadillac, Chevrolet, GMC and Buick expected to have the ability to control their vehicles from their phone in a few months.

The application is run as an element of an in-vehicle security and safety system known as OnStar. According to the company spokesman, Chris Preuss, technology allows drivers to make decisions regarding their travels well before entering the vehicle, which means their full attention can remain where it should be.

There are presently a few apps available for smart phones like Python’s Smart Start system, although, similar to other phone-starting systems, which includes the OnStar app, the Python edition requires a hard-wired component to be fitted in the car.

Timothy is a keen technology blogger and loves to test out all the new apps, tablets and smartphones. During the day he works for Guardall a leading Australian key safe manufacturer and supplier.