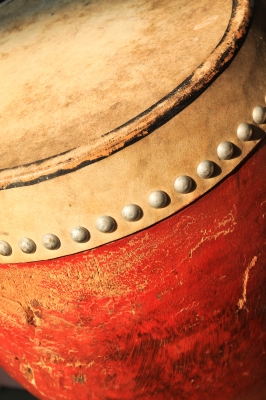 When people think of China, notions of a deep and ancient culture spring to mind.

Perhaps this is due to the fact many people know modern China as a relatively closed-off country dedicated to preserving its heritage. But China has always been a nation influenced by global â?? even American â?? ideas, which was evident in the 1950s when Western notions regarding orchestration reached the country and added new dimension to the cultureâ??s more traditional music.

Indeed, for much of Chinaâ??s long history, it was higher pitches and slightly nasal tones that were the primary identifiers of its music. This is a deep reflection of Chinaâ??s rich culture and heritage, but the new trends added scope and a fuller sound to Chinaâ??s music.

Many of Chinaâ??s traditional instruments were shaped by these aforementioned ideas, and they wound up becoming hybrids of the countryâ??s more ancient instruments. With that in mind, here are some of the most popular traditional Chinese instruments â?? both old and new — that can still be heard in the music of Chinaâ??s culture today.

These are just a few of the instruments that play a part in Chinaâ??s deep musical culture. These items can be heard across the whole spectrum, from the folksy offerings of Chinaâ??s rural citizens to the operas enjoyed by the aristocracy. But no matter the form of music, these instruments represent the ancient history of China as well as how it adapts through time.

Justin Miller is a professional blogger that writes for Jamplay.com. JamPlay is a leading online music educator offering 2,000+ guitar lessons for beginners online in HD.