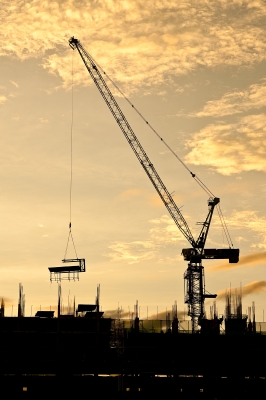 The world is full of wonderful sights; waterfalls, mountains, icebergs, buildings, tunnels, bridges, that cause jaws to drop and gasps to be uttered. While purists might disagree, the man-made structures are just as impressive as the ones that appear in nature because of the amazing feats that were overcome to design and build such structures.

Here’s a look at some of the most marvelous man-made creations on the planet today:

The Dee and Charles Wyly Theatre in Dallas, Texas – This theater which is part of the At&T Performing Arts Center is able to change its configuration as needed. The theater seats 600 people and is able to change shape thanks to a mechanical “superfly” system. Support spaces are stacked above and below the building making it a theater machine that’s 12-stories high and looks like a piece of art all by itself.

The National Stadium in Beijing, China – Nicknamed the “Bird’s Nest” due to it’s shape and the way the steel bars are designed, this building was created for the 2008 Olympic Games and seats 80,000 people. It was designed by Jacques Herzog and Pierre de Meuron of Switzerland. The structure that is made of nearly 26 miles of steel is extremely energy-efficient and environmentally friendly. Rainwater is collected in underground cisterns and used for restrooms and irrigating the grounds.

Beacon Hill Station and Tunnels in Seattle, Washington – On the outside, the Beacon Hill Light Rail Station looks like a small brick building, but on the inside it’s much more. Commuters go 160-feet underground to the station and its tunnels that link the downtown area with the SeaTac Airport. Modern sculptures light up the tunnels that are literally beneath the rest of the city.

Palm Islands in Dubai, United Arab Emirates – Located in the Persian Gulf, these palm tree-shaped islands make up the world’s largest artificial island. Islands are formed by putting sand in the seabed in a process known as rainbowing. The islands were constructed by a local development company, Nakheel Properties, and have helped add more than 300 miles of beaches to the shoreline.

Concordia University in Mequon, Wisconsin– Though not apparent to the casual observer, the Lakeshore Environmental Enhancement and Education Project at the university is a great engineering feat that received an ASCE Award of Merit. Sitting atop a 130-foot-high bluff on the shores of Lake Michigan, more than 20,000 tons of sediment was washing away from the property each year until the project used 100,000 tons of stone, rock and vegetation to stabilize the land.

These are just a few of the most innovative engineering projects that have been developed recently. In the coming years people can expect to see projects of a larger scope be designed and developed to make all aspects of people’s lives better.