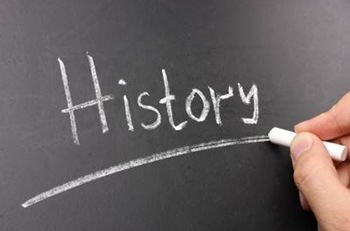 Mahjong, meaning â??sparrow,â? is a game for four players which originated in China. (Three player variants exist in Japan and Korea.)

The game uses a set of 136 ivory or plastic tiles inscribed with various Chinese symbols and characters. Players must build and then break a wall of tiles, while each competes to put together a hand composed of 4 three tile â??meldsâ? (groups) plus 1 matched â??headâ? (pair).

While most of the essential rules of mahjong are the same no matter where you play, such things as the number of tiles, the scoring system and the hand required to win vary greatly, depending on which regional version is being used. Mahjong is based only partially on chance, but skill, strategy and wise decision making are vitally important for a winner at this challenging game.

Mahjong originated in China many centuries ago. One legend has it that the ancient Chinese philosopher Confucius created the game some 2600 years back. Another theory claims that contemporary mahjong is the â??descendantâ? of a Ming Dynasty card game. Still others say that the game developed relatively recently, during the Taiping Revolution of 1850 to 1864, when Chinese army officers are supposed to have invented Mahjong as a way to relive their boredom between battles. The areas of Shanghai and Ningpo also take credit for having innovated this popular game. In 1949 the game was prohibited in China, as a symbol of corruption, by the new Communist government of the Peopleâ??s Republic of China. However, as of 1985 mahjong was once again permitted, after being stripped of its gambling element.

Mahjong in the Western World

Westerners, in the form of an American anthropologist, â??discoveredâ? the ancient game of mahjong at the turn of the 19th century and the game was first brought to the US in the 1920s. Game sets sold out quickly and a simplified rule book was published. Over the next ten years, there were many revisions to the rules in the US until the definitive American rule book appeared when the National Mah Jongg League (NMJL) was founded in 1937. This latter organization has is still in existence and sponsors a large scale major annual event, the Mah Jongg Cruise Tournament. The American Mah Jongg Association, an alternative mahjong organization, was established in recent years.

Mahjong continues its enormous popularity to this day, both in the country of its â??birthâ? and abroad. Recently a type of mahjong therapy has been developed based on findings by Hong Kong doctors of the gameâ??s beneficial effects on some types of psychological difficulties. Mahjongâ??s traditional game set has been adapted to virtual form for play on the Internet, and free games are available in a wide selection of languages for players to download or play through their browser. The game of online Mahjong Solitaire has proven to be very successful, although it bears little resemblance to the standard game beyond the use of virtual tiles. The more traditional game of mahjong is offered by a number of online casinos as an interesting addition to their gaming portfolios.

Denise Marie really enjoys writing about casino games. Mahjong is a traditional Chinese game where players compete to form a specific hand of tiles. It has become an enormously successful game.Â Denise’s article is for educational purposes only. Find more history on Mahjong