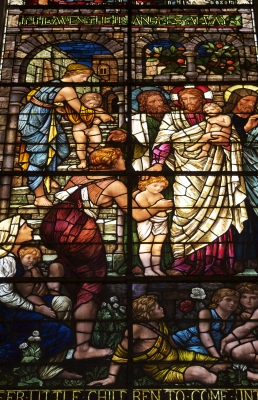 Gospel music, like Gospel piano, is an alternative for secular Christian music. It is written to express personal and spiritual feelings to God. Although, it has influenced a lot of today’s music that is not Christian in nature as well. Its history can be dated as far back as the 17th century through the study of ethno-musicology. Many of the songs originated during slavery. Slaves were required to attend church services with their masters, so they could be monitored at all times. Eventually, they began understanding the Christian values, and started singing about them. The songs allowed them to express their feelings and gave them hope. Most songs were repetitive in nature, so everyone could join in with the singing. In the beginning, they were passed down orally and did not include instruments, especially the piano, but as gospel music became more prevalent, instruments such as the piano were added.

The chords that are used are major sevenths, thirteenth, ninth, augmented and suspended. Seventh chords are a triad with the seventh, hence the name. They are used because they have a country and jazz sound. Thirteenth chords, which can be substituted by ninth chords, are typically used for large choirs because they have a big sound. Augmented chords are triads with a scale degree raised, and suspended chords take out the third of the chord and replace it with a fourth. These two chords are used more for small ensembles.

The progressions that are used are:

How Are Gospel Chords Played

Gospel chords are similar to blues chords, but the rhythm is different. Blues chords are in 4/4 shuffle, and gospel chords switch to a 6/8 time. Also, gospel chords are played more open and inverted. They can be played in closed position, but as an accompanist it is best to play open especially for larger choirs. By playing openly, you give the chords a more funky and fluid sound.

Sometimes when playing, all seven notes of the scale are used. If more than four notes are played at once, then the chord will be played by both hands because each note could be played in different octaves. Chord voicing is also different because the lowest note of the chord is used for the bass line. Chords are rearranged and notes are omitted sometimes to give gospel music its unique sound.