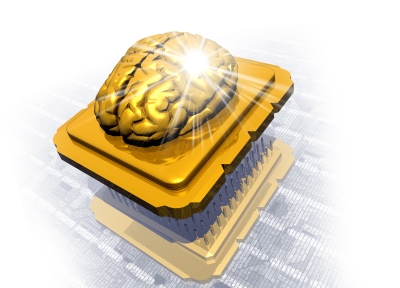 Computer era has not only widened up the ability to work easily but has also given a way to put your brain to maximum use.

Thatâ??s right!! If you are a gamer, then you must know what I am talking about. A lot of intelligence is used to solve different kind of problems, puzzles, reach goals and probably have the feeling of a real super hero after winning.

From games like Solitaire or Minesweeper to the ones like Grand Theft Auto or probably Max Payne 3, all of them need high wit and intellect. Games do make us gain a competitive spirit and fight till the very end. They make our reflexes strong and effective; allowing us to gear up for the challenges coming in our path to victory. If the gamers use even 50 percent of the brains that they use on games, they could probably reach the goals they have set for life way before than a normal person.

Gaming has become intense these days. Each game calls for high-stakes. Most of the times one on one encounters take place. LAN Games like Counter Strike is one of the top rated computer games of all time. One of the teams is classified into Terrorists and the other into Counter Terrorists. The objective of the game is very simple. The terrorists need to plant the bomb and if the bomb blasts, they win. And for Counter Terrorists it is to defuse it. This game has a huge fan following all over the world. Teenagers have become so addicted to this game that they end up forgetting their meals, but forgetting how to plot strategies to defeat the opponent. To win such a game becomes a matter of pride for some of the addicted gamers.

Game cafes have been set up with high configuration computers; these computers are equipped with the best possible graphics and sound cards. Though a lot of cost is involved in opening such a cafÃ©, the investment is definitely paying. A lot of such places have become extremely popular with the computer gamers. The world of computer gaming doesnâ??t stop here. Rather they have introduced 3D gaming too. Alienware, which is ruling the roost as of now, is said to be amongst the top of the gaming fraternity, all due to the high variety of computer products which are based solely for gaming purposes. Gamers have a habit of boasting about their PCâ??s configuration, their Mouse, Mouse Pad, and Keyboard; almost everything which can make a competitive gamer think less of him. Loser to Pay (LTP) matches are set up to see which gamer is better than the other. Credit points are given. Game Cafes also include the title of â??Gamer of the Weekâ?? and then â??Gamer of the Monthâ?? and similarly â??Gamer of the Yearâ??. Whoever wins such titles is given a lot freebies according to the position acquired.

Though there are a lot of positive sides of gaming but one should never forego the negative side too. Make a realization of what is important and what is not. Gaming is definitely a recreational activity. But donâ??t let yourself get too involved in it as addiction of good things can even cause adverse effects; after all this is gaming.

Brian Anderson is a professional gamer and likes to play a lot of games online. He loves playing a lot of adventure games and found some of the best collection at Y8 games.