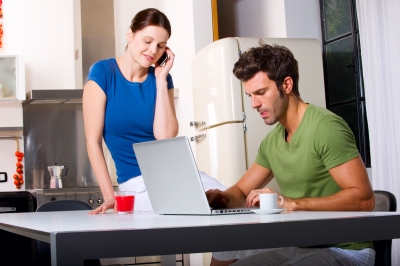 The concept isn’t new, and has been explored in movies and sci-fi TV shows before. The idea that people become attached to technology and can’t get out of this eternal circle is something that many scientists think is very real.

Since the advent of the computer and the Internet, we as a civilization have made extensive progress with digital technology. From cell phones to tablets and gaming consoles, we now have devices with us everywhere we go, and some people may not be able to disconnect. As people constantly check Facebook on their phones or Xbox Live on their console, their physical selves aren’t doing what they used to do, like going out for a walk or doing any type of activity. Are people becoming digital zombies?

The concept of a zombie is someone who only exists to do one thing. In the traditional sense, a zombie is a human being who dies, or gets infected in some way, and then comes back to the world of the living, but without any sense of consciousness, nothing that connects it to the live it used to have. Instead, it roams around looking for brains. In a way, a digital zombie is the same thing. Even though people have normal bodies and could be doing what people have been doing for centuries, they choose to only focus on that smartphone or keyboard, constantly updating Facebook, Twitter or Skype. From the time they wake up to the time they go to bed, they feel an urge to be connected to this digital life.

The drive is very real, and can be measured. When taking someone who is used to being online and forcing them to go off the grid, there are real consequences. Some people have attempted to go off the net for a month or even a year, and the result is drastic. They feel lonely, disoriented, and confused. Their friends and family can’t communicate with them anymore, and they can’t stay up to date on events as they once could. Someone who disconnects now is, in a way, missing out on things. So we are all driven to connect and stay connected. While the urge isn’t caused by an infection or an apocalyptic event, it is still very real.

But are there consequences to being a digital zombie? Some doctors think that there are. Developed countries are more obese now than ever, partly because of what we eat, but also because we spend so much time sitting at our computer or on the couch. If we spend more time on a keyboard, we spend less time outside doing activities. Another potential problem is ignoring people around us. Many consider it rude to ignore someone you’re talking to in order to answer a phone call or text message. But in the end, the main problem with being a digital zombie is that you are prioritizing a life that is made up of ones and zeroes instead of your own, flesh and blood. And that may be the biggest reason not to become a zombie.