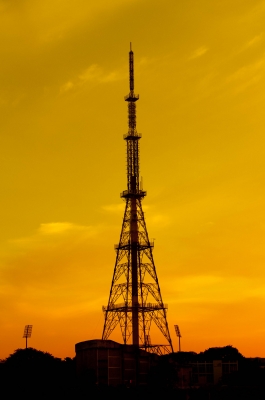 Mobile broadband is rapidly becoming mainstream and many people are using it on a daily basis through their mobile phones and other portable devices.

Mobile broadband is an Internet connection which can be used anywhere where there is mobile phone coverage for the network that you are using to connect to the Internet. This does not mean, however, that mobile broadband is only found on smartphones. Using the right equipment and service provider, you can use mobile broadband on desktop and laptop computers as well. The following guide serves to better explain how mobile broadband differs from fixed broadband, how to get it, and its various limitations.

Fixed broadband services use a stationary router which you can connect to wirelessly or through an Ethernet cable. This is still the most common method to access the Internet, but it is far more limited in terms of coverage than mobile broadband. With a fixed connection, you have to connect to the local router. You cannot use it on the move, although many public places, such as restaurants, shops and parks provide wireless connections to routers installed in the immediate vicinity.

Mobile broadband, on the other hand, uses the same network as mobile phones do to send and receive calls and messages. Signal coverage varies by network, however, particularly in remote areas. If you try to use Internet on your mobile phone while on the move, and in a place where there is no wireless network, it will connect through the mobile broadband network, a network type also known as 3G.

Contrary to what the name might suggest, mobile broadband is certainly not restricted to phones. Using a small USB modem connected to your computer, you can connect to the service. Mobile broadband is becoming more and more widespread, being incorporated on public transport and working like a regular wireless network in some places.

Mobile broadband, although more affordable and widespread than ever before, is still not a replacement for fixed broadband. It still tends to be much more expensive and limited in terms of the amount of data that you can download. In many cases, you will have to pay on a per-megabyte basis and this can get extremely expensive if you download large amounts of data such as movies. Whatever you do, be extremely wary of using mobile broadband when you are abroad (roaming), as prices can be enormous.

In terms of speed, mobile broadband is usually considerably slower than a fixed connection. Speeds vary greatly depending mostly on the area in which you access it and the service provider itself.

If you want to choose a mobile broadband package, the necessary USB modem should be provided. Starter packages typically offer very low monthly bandwidth limits, sometimes as little as 500 MB. If you go over the limit, you may be charged a lot extra. When signing up with a service provider, you must make absolutely sure that you know your monthly limits and the costs involved if you go over them. A safer solution is simply to go for a pay-as-you-go mobile broadband service. These work in exactly the same way as pay-as-you-go mobile phones.

Charles Jackson, the author of this article suggests that some of the big providers like vodafone mobile broadband should be considering mobile broadband a very important part of the package they offer their users.